You are here: Home › Biology › News › Analysis of biosynthesis in plants reveals a “perplexing disparity”
By Will Parker on August 17, 2011 in Biology, News 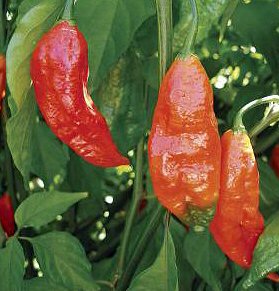 A fascinating new study appearing in theJournal of the American Chemical Societyreveals that during the evolution of certain natural plant chemicals, nature doesn’t settle for the “low-hanging fruit” but instead favors rarer, harder to synthesize compounds.

“The big question is how plants have evolved to make these chemicals,” said �Máille. “Is there a physical explanation, based on the chemical reaction, for why certain terpenes are favored? Are plants simply making the easy to synthesize low hanging fruit of the terpene chemical world?”

To investigate these questions, the researchers applied theoretical morphology techniques to compare theoretical and actual abundances of terpenes from solanaceaousplants. “We discovered a perplexing disparity between the predicted and natural abundance of terpenes. The common terpenes we see in nature are predicted to be quite rare, based on the chemistry. On the other hand, the terpene forms predicted to dominate are scarcely seen in nature,” explained Máille.

Is the quest for romance causing the gender gap in science?
Humans Easiest To Clone?

Biosynthesis of Valine and Isoleucine

Biosynthesis of B-D-Galactosidase Controlled by Phage-Carried Genes. II. The B..

Biosynthesis of Valine and Isoleucine V. Electrophoretic Studies of the Reduct..

The In Vivo Biosynthesis of DNA, RNA, and Proteins by Mouse Embryos after a Te..

Competitive Reactions and Antagonisms in the Biosynthesis of Amino Acids by Ne..