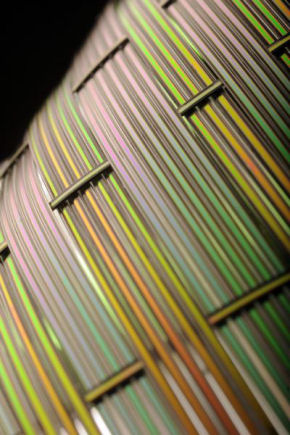 Despite the delicate balance required by the manufacturing process, the researchers were able to build functioning fibers in the lab. "You can actually hear them, these fibers," says co-researcher Noémie Chocat. "If you connected them to a power supply and applied a sinusoidal current then it would vibrate. And if you make it vibrate at audible frequencies and put it close to your ear, you could actually hear different notes or sounds coming out of it."