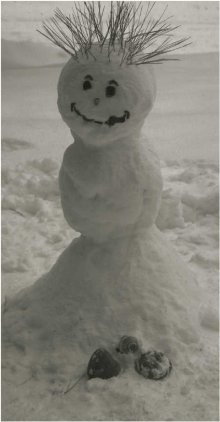 Cold, dry weather has been linked to an increased incidence of prostate cancer and researchers believe that the way in which weather patterns interact with persistent organic pollutants (POPs) may be the underlying factor.

Idaho State University researcher Sophie St-Hilaire worked with colleagues to study the correlation between various weather parameters and the incidence of prostate cancer at county-level across the United States. Her findings appear in the International Journal of Health Geographics.

"We found that colder weather, and low rainfall, were strongly correlated with prostate cancer. Although we can't say exactly why this correlation exists, the trends are consistent with what we would expect given the effects of climate on the deposition, absorption, and degradation of persistent organic pollutants including pesticides," St-Hilaire explained.

Statistics have long indicated that incidences of prostate cancer are higher in the north than the south. It is known that some persistent organic pollutants cause cancer and researchers believe that cold weather slows their degradation, while also causing them to precipitate towards the ground.

St-Hilaire's study builds on the existing supposition that individuals at northern latitudes may be deficient in Vitamin D due to low exposure to UV radiation during the winter months. "Our study suggests that in addition to vitamin D deficiency... other meteorological conditions may also significantly affect the incidence of prostate cancer," she concluded.