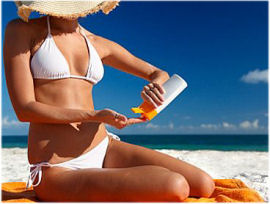 Astonishingly, climatologists can't account for roughly half of the heat that is believed to have built up on the Earth in recent years. "The heat will come back to haunt us sooner or later," lament National Center for Atmospheric Research (NCAR) scientists in an article in the journal Science.

The scientists believe that satellite sensors, ocean floats, and other instruments used to measure energy are inadequate to track this "missing" heat, which may be building up in the deep oceans or elsewhere in the climate system. "The reprieve we've had from warming temperatures in the last few years will not continue. It is critical to track the build-up of energy in our climate system so we can understand what is happening and predict our future climate," said NCAR scientist Kevin Trenberth, the article's lead author.

Trenberth and his co-author, NCAR's John Fasullo, said the mystery is central to understanding climate change. Their article explains that whereas satellite instruments indicate that greenhouse gases are continuing to trap more solar energy (or heat), scientists since 2003 have been unable to determine where much of that heat is going.

Either the satellite observations are incorrect, says Trenberth, or, more likely, large amounts of heat are penetrating to regions that are not adequately measured, such as the deepest parts of the oceans. Compounding the problem, Earth's surface temperatures have largely leveled off in recent years. Yet melting glaciers and Arctic sea ice, along with rising sea levels, indicate that heat is continuing to have profound effects on the planet.

Trenberth and Fasullo explain that it is imperative to better measure the flow of energy through Earth's climate system. As greenhouse gases accumulate in the atmosphere, satellite instruments show a growing imbalance between energy entering the atmosphere from the sun and energy leaving from Earth's surface. This imbalance is the source of long-term global warming.

But tracking the growing amount of heat on Earth is far more complicated than measuring temperatures at the planet's surface. The oceans absorb about 90 percent of the solar energy that is trapped by greenhouse gases. Additional amounts of heat go toward melting glaciers and sea ice, as well as warming the land and parts of the atmosphere. Only a tiny fraction warms the air at the planet's surface. Satellite measurements indicate that the amount of greenhouse-trapped solar energy has risen over recent years while the increase in heat measured in the top 3,000 feet of the ocean has stalled.

Until 2003, the measured heat increase was consistent with computer model expectations. But a new set of ocean monitors since then has shown a steady decrease in the rate of oceanic heating, even as the satellite-measured imbalance between incoming and outgoing energy continues to grow. Some of the missing heat appears to be going into the observed melting of ice sheets in Greenland and Antarctica, as well as Arctic sea ice.

Much of the missing heat may be in the ocean, say Trenberth and Fasullo. Some heat increase can be detected between depths of 3,000 and 6,500 feet, but more heat may be deeper still beyond the reach of ocean sensors. Additional ocean sensors along with more systematic data analysis and new approaches to calibrating satellite instruments could resolve the mystery, the pair add.

"Global warming at its heart is driven by an imbalance of energy: more solar energy is entering the atmosphere than leaving it," Fasullo says. "Our concern is that we aren't able to entirely monitor or understand the imbalance. This reveals a glaring hole in our ability to observe the build-up of heat in our climate system."