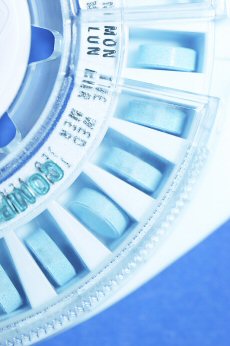 Writing in the journal Environmental Science and Technology, researchers from Sweden say that traces of many medicines can be found in fish that have been swimming in treated waste water. One such medicine, the hormone levonorgestrel, was found in higher concentrations in fish than in women who take the contraceptive pill. Elevated levels of levonorgestrel can lead to infertility in fish.

Levonorgestrel is a synthetic hormone that is used in many contraceptive pills, hormone implants and morning-after pills. It is thought that around 80-90 million women use contraceptive pills worldwide. Levonogestrel is designed to mimic the female sex hormone progesterone.

Researcher Jerker Fick said the fish in the study were exposed to treated waste water from three sewage treatment works in Stockholm, Ume� and Gothenburg. The study showed that levonorgestrel constitutes a risk factor for the ability of fish to reproduce.

A previous study from Germany showed that less than a billionth of a gram of levonorgestrel per litre inhibited the reproduction of fish in aquarium-based trials. "We are finding these levels in treated waste water in Sweden," explained Fick. "For around ten years it has been known that synthetic estrogen from contraceptive pills can affect fish that live downstream from sewage treatment works. The new study shows that synthetic progesterone-like hormones in contraceptive pills also carry risks."

"If we know how our medicines affect the environment, we will be in a better position to choose environmentally friendly alternatives, though we must always put the health of patients first," noted co-researcher Joakim Larsson.