You are here: Home › News › Poker paradox: the more hands you win, the more money you lose
By Will Parker on January 13, 2010 in News 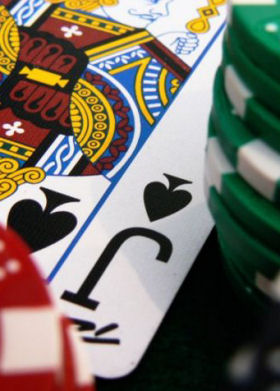 Analyzing more than 27 million hands of No-Limit Texas Hold’em, a Cornell researcher has found that the more hands players win, the less money they’re likely to collect – especially when it comes to novice players. The study was published in the Journal of Gambling Studies.

Cornell’s Kyle Siler hypothesizes that the multiple wins are likely for small stakes, and the more you play, the more likely you will eventually be walloped by occasional – but significant – losses. “[The finding] coincides with observations in behavioral economics that people overweigh their frequent small gains vis-à-vis occasional large losses, and vice versa,” Siler explained. In other words, players feel positively reinforced by their streak of wins but have difficulty fully understanding how their occasional large losses offset their gains.

Interestingly, Siler’s research also established that for small-stakes players, small pairs (from twos to sevens) were actually more valuable than medium pairs (eights through jacks). “This is because small pairs have a less ambiguous value, and medium pairs are better hands but have more ambiguous values that small-stakes players apparently have trouble understanding,” said Siler, a poker aficionado himself.

The research has wider application in how humans handle risk and uncertainty, according to Siler. “Riskiness may be profitable, especially in higher-stakes games, but it also increases the variance and uncertainty in payoffs. Living one’s life, calibrating multiple strategies and managing a bankroll is particularly challenging when enduring wild and erratic swings in short-term luck and results.”

Siler concludes that in online poker, the biggest opponent for many players may be themselves, “given the challenges of optimizing one’s mindset and strategies, both in the card game and the meta-games of psychology, rationality and socio-economic arbitrage which hover beneath it,” he mused.