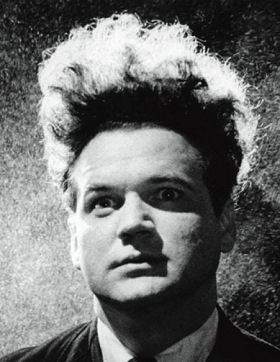 Psychologists at the University of California - Santa Barbara and the University of British Columbia have found that exposure to surrealism, by say, reading a book by Franz Kafka or watching a film by director David Lynch, enhances the cognitive mechanisms that oversee the implicit learning functions in the brain. The research was reported in the journal Psychological Science.

"The idea is that when you're exposed to a meaning threat - something that fundamentally does not make sense - your brain is going to respond by looking for some other kind of structure within your environment," said researcher Travis Proulx. "And, it turns out, that structure can be completely unrelated to the meaning threat."

Meaning, explains Proulx, is an expected association within one's environment. Fire, for example, is associated with extreme heat, and putting your hand in a flame and finding it icy cold would constitute a threat to that meaning.

In the study, the researchers asked a group of subjects to read an abridged and slightly edited version of Kafka's The Country Doctor, which involves a nonsensical - and in some ways disturbing - series of events. A second group read a different version of the same short story, one that had been rewritten so that the plot and literary elements made sense. The subjects were then asked to complete an artificial-grammar learning task in which they were exposed to hidden patterns in letter strings. They were asked to copy the individual letter strings and then to put a mark next to those that followed a similar pattern.

"People who read the nonsensical story checked off more letter strings - clearly they were motivated to find structure," said Proulx. "But what's more important is that they were actually more accurate than those who read the more normal version of the story. They really did learn the pattern better than the other participants did."

Importantly, the researchers have identified the beneficial effects of unusual experiences only in implicit pattern learning. It remains to be seen whether or not reading surreal literature would aid in the learning of studied material as well. "It's important to note that sitting down with a Kafka story before exam time probably wouldn't boost your performance on a test," noted Proulx.

He added that the element of surprise was critical. "If you expect that you'll encounter something strange or out of the ordinary, you won't experience the same sense of alienation. You may be disturbed by it, but you won't show the same learning ability. The key to our study is that our participants were surprised by the series of unexpected events, and they had no way to make sense of them. Hence, they strived to make sense of something else."