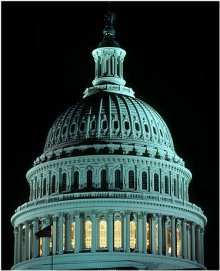 The decision to vote is partly genetic, say researchers James H. Fowler and Christopher T. Dawes, of the University of California, San Diego. Their research, just published in the Journal of Politics, identifies a link between two specific genes and political participation. The results suggest that, contrary to decades of conventional wisdom, family upbringing may have little effect on children's future participatory behavior.