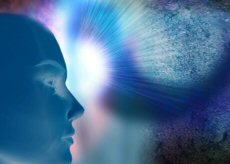 A joint study involving Wayne State University School of Medicine in Detroit and researchers in Sweden has found that cell phone use immediately prior to bedtime disrupts sleep patterns. Wayne's Bengt Arnetz, M.D. and a team of researchers at the Karolinska Institute and Uppsala University in Sweden found that radiofrequency released from mobile phones appeared to cause insomnia, headaches and difficulties in concentration.

Conducted over an 18 month period, the study involved 35 men and 36 women between the ages of 18 and 45 who were exposed to 884 MHz wireless signals at different times. "The ones who were exposed reported headaches, it took longer for them to fall asleep and they did not sleep as well through the night," Dr. Arnetz told BBC News.

"If you have trouble sleeping, you should think about not talking on a mobile phone right before you go to bed. The study strongly suggests that mobile phone use is associated with specific changes in the areas of the brain responsible for activating and coordinating the stress system," he added.

"Dr. Arnetz's collaboration may be key to a growing number of health problems people encounter, particularly in teenagers whose cell phone usage is high, and sleep is so critical for peak performance in school and other activities," concluded Dr. Joseph Dunbar, Wayne's vice president for research.