You are here: Home › News › Boffins Investigate Schizophrenia Genes
By Will Parker on September 5, 2007 in News 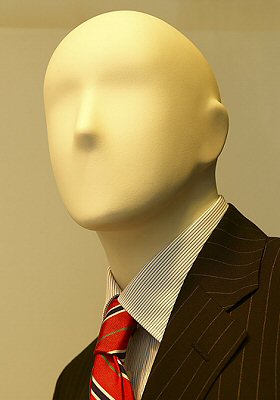 A new study in the Proceedings of the Royal Society B tries to uncover why several genes with strong associations to schizophrenia have evolved rapidly thanks to positive selection during human evolution.

The international team of geneticists found a higher prevalence of positive selection on genes known to be associated with the disorder than a comparable control set of non-associated genes, functioning in similar neuronal processes. This is consistent with the theory that positive selection may play a role in the persistence of schizophrenia, despite its strong effects on reproductive fitness and its high heritability from generation-to-generation.

The team says the genetic evidence they gathered is consistent with the theory that schizophrenia represents, in part, a maladaptive by-product of adaptive changes during human evolution – possibly to do with aspects of creativity and human cognition. “The world-wide presence of this disorder, despite its impact on human health and reproductive fitness, is somewhat of a paradox,” said Dr Steve Dorus from the University of Bath, UK.

“The selective forces influencing the evolution of these [schizophrenia] genes remain unknown.”

The researchers speculate that given the complex genetic nature of the condition, selection may be mediated by a diverse array of neural, physiological and psychological mechanisms. “Schizophrenia has also been associated with creativity throughout recorded history, but whether this link has a genetic basis is not yet clear,” noted Dorus.

“For the first time it is possible to complement our genetic understanding of the disorder with substantial evolutionary and comparative genomic analyses,” said Dr Dorus. “Hopefully, a better understanding of the evolution of the substrates underlying the disease will assist in characterizing how they are dysregulated in the disorder. Understanding the impact of positive selection may also help refine hypotheses concerning genetic links between schizophrenia and aspects of human creativity and cognition.”