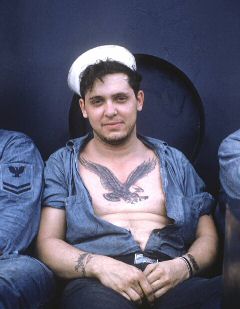 The high concentrations of nitrogen dioxide gas produced following fires, explosions of military munitions or detonations of terrorist devices can cause serious lung damage, even if the exposure is brief, said scientists at last week's national meeting of the American Chemical Society.

The researchers, from the Walter Reed Army Institute of Research, reached their conclusion after experiments that exposed rats to the gas. Dr. Zengfa Gu explained that previous research showed that chronic exposure to low and moderate levels of nitrogen dioxide could damage the lungs. However, this is the first time that the health risks from brief, high-level exposures lasting only a few minutes have been evaluated.

Nitrogen dioxide is most familiar as an air pollutant released from the exhausts of automobiles and the burning of coal and other fossil fuels. It also forms when the heat from fires and explosives makes nitrogen and oxygen in the air combine. Health regulations limit workplace exposures to nitrogen dioxide to 5 parts per million (ppm).

To learn more about the effects from brief exposure, the scientists exposed laboratory rats to varying concentrations of nitrogen dioxide - 100 ppm, 500 ppm, 1,000 ppm and 2,000 ppm - for 5 minutes. They monitored effects of nitrogen dioxide during the exposure and examined the lungs afterward for signs of damage. "The experimental data showed that after exposure to high concentrations of nitrogen dioxide for only five minutes, the respiratory function was extremely changed," said Gu. "Breathing rate and depth were sharply inhibited; lung edema was rapidly induced, [and] acute and delayed lung damage occurred."

In battlefield situations, explained Gu, personnel could easily be exposed to high concentrations of nitrogen dioxide. Civilians also could be exposed as a result of terrorist bombings. Similar exposure could also occur among civilians trapped in fires for several minutes. "The results tell us that if [one encounters] an environment with high concentrations of inorganic fire gases, serious lung injury may be induced rapidly," he concluded.