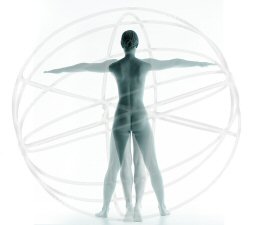 Science may be closer to understanding how cancers metastasize (move, spread and grow away from their primary site) in the human body, if findings published in the current edition of Cancer Research prove to be correct. Metastasis has proven to be the most troublesome facet of cancer treatment, but this may change now that researchers have discovered the role that peculiar protrusions - called circular waves - on certain cancer cells play. Researchers have noted that these waves appear to occur less frequently on certain tumor cells, which could lead to improved treatments for patients with metastatic cancers.

The waves are said to be produced in direct response to the presence of epidermal growth factor (EGF), and last approximately 10 - 20 minutes before vanishing. Wave cells have become a hot topic of late, as researchers suspect that they play an important role in the transmission and regulation of normal cellular communication.

Under normal circumstances, waves are responsible for selectively collecting growth-promoting proteins and directing them into the inner structure of the cell. This process results in a reorganization of the cell's outer infrastructure, where it forms a flexible foot-like structure (lamellipodia) which then allows the cell to move and dock with corresponding epidermal growth factor receptors (EGFR). Usually, the wave neutralizes or moderates the internalized growth protein, but in cancer cells, where the wave is either malfunctioning or not present, metastatic cancer occurs as a result of unregulated EGF and EGFR interaction.

"These findings have broad implications toward the general understanding of how specific processes in the wave may affect such things as cell growth, cell movement and metastasis," explained Mayo's Mark McNiven. "Our work provides new insights into a novel mechanism by which cells can internalize growth factor information. Understanding this process is the first step toward one day halting it, preventing it or reversing it therapeutically."