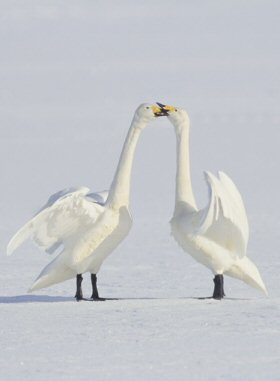 Asexual reproduction leads to a faster accumulation of bad mutations, says a report in this week’s issue of Science. Indiana University evolutionary biologists used the water flea (Daphnia pulex) to establish their findings, which support the hypothesis that sex is an evolutionary housekeeper that efficiently reorders genes and removes deleterious gene mutations. Interestingly, the study also suggests that sexual reproduction maintains its own existence by “punishing” individuals of a species that meander into asexuality. The researchers say that the ability to reproduce asexually may be useful to organisms that can’t get mates, but its long-term benefits arequestionable.

“It is known that sex is common in plants and animals, and that asexual species are typically short-lived, but why this should hold throughout evolutionary time is a great mystery,” said study leader Susanne Paland. “Our results show that asexual deviants are burdened by an ever-increasing number of genetic changes that negatively affect the function of their proteins. It appears sex is important because it rids genomes of harmful mutations.”

Sexual reproduction is a complicated, biologically costly business. In mammals, sex is usually preceded by intricate mating behaviors. It requires the compatibility of sexual structures, an insertion event, fertile eggs and sperm, and the successful unification of egg and sperm into a viable zygote. All of this adds up to a big energy investment – energy an organism might have used for other purposes. It’s no surprise then, that scientists have long pondered what it is about sex that justifies such a big energy investment.

One of the most widely accepted explanations has been that sexual reproduction confers the benefit of unlinking genes, so that bad versions of genes won’t always get to hitch a ride with the good versions. This theory contends that natural selection operates optimally when parts of the genome are free to shuffle about. And the new report provides evidence that this is indeed the case.

The researchers say that in the water flea, sex appears to have enabled the separation of beneficial and deleterious versions of genes, so natural selection could act more efficiently in favoring the good and weeding out the bad. To establish this, they used mitochondrial genome data to compose a phylogenetic tree depicting relationships among sexual and asexual strains of water flea sampled from ponds over a diverse area. This family tree reveals that sexual populations have recently and repeatedly spun off asexual strains. By comparing rates of protein evolution, the researchers found that the asexual lines accumulated bad mutations four times faster than sexual lines.

“Although there has been solid theory on the matter for quite some time, these results provide the first definitive proof at the molecular level that sexual reproduction magnifies the efficiency of natural selection in eliminating deleterious mutations from populations,” said co-researcher Michael Lynch.

Paland and Lynch reason that if a switch to asexuality causes a big increase in the number of protein defects, a mechanism for removing those defects must somehow be missing when sex, too, is missing. The present report supports the notion that it is sex – or the genetic recombination that is a component of sexual reproduction – which is the purifying force that helps get rid of genetic mishaps that harm the overall evolutionary health of a population.

Sexual Reproduction and the Organization of the Nucleus in Certain Mildews by ..