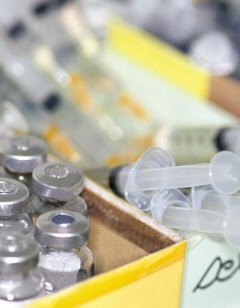 Dunnill stressed that if a DNA vaccine were going to be used, decisions would have to be made now. "If we're going to try it, we need to move. You can't expect to walk into a production facility, hand over the instructions, and expect them to make it on the spot. It's going to take some weeks, and we really don't know how much time we have." Dunnill believes that a DNA vaccine could be produced in as little as two or three weeks, in contrast to conventional vaccines, which can take up to six months.

The technique is largely untested in humans, although it has worked well in animals, and Dunnill believes that human trials could be accelerated, particularly if the H5N1 virus eventually causes large numbers of deaths and outpaces the supply of conventional vaccine. In the worst case scenario, he concludes, using a DNA vaccine could be a "stop-gap" measure until enough conventional vaccine is available.