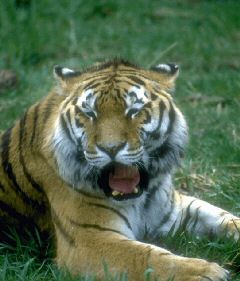 The researchers, from the University of New South Wales (UNSW) and the University of Alaska, say they predicted the trend at the advent of Viagra's release in 1998, but at the time were pooh-poohed by conservationists. "When we proposed that Viagra might make inroads into traditional Chinese medicine treatments for impotence, conservationists told us we were naïve and that consumers were unwilling to use a product outside their own medical tradition," said UNSW researcher Bill von Hippel.

"The fact is that prior to the commercial availability of Viagra in 1998, no product in any medical tradition had been proven to be an effective and non-intrusive treatment of erectile dysfunction. So despite their history of using traditional medicines and their alleged suspicions of Western medicine, the men we interviewed chose the product that works best," von Hippel added.

But while a number of species will benefit from this new found confidence in Western medicine, others won't be so lucky. It seems that Chinese men still favor traditional remedies for other conditions like arthritis, indigestion and gout. And with the market for traditional remedies valued annually at more than $20 billion, that may push many species to the brink of extinction.