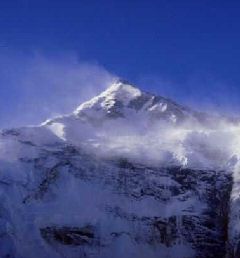 Geologists writing in the journal Nature say they have discovered that the time it takes for mountain ranges to form is millions of years shorter than previously thought. The duration of many geological processes that shape the Earth had been thought to last for hundreds of millions of years. The research, by geologists at Queen's University and the University of New South Wales could have implications for our understanding of other geological processes that shaped the Earth.

The researchers came to their controversial conclusion after deciphering a pattern of ages within single crystals from rock remnants that survived continental collision. Their measurements show a 13-million-year cycle in which rocks are buried to 60 km depth, and then returned to the surface. This occurred 425 million years ago during a large-scale mountain-building event called the Caledonian Orogeny. Orogenic cycles refer to the burying of rocks and their return to the surface. "We were excited to be able to show, for the first time, that the duration of an orogenic cycle is much shorter than was previously believed - only 13 million years in this case," say Drs. Alfredo Camacho and James Lee. "Geologically speaking, that is a very short period indeed - a mere drop in the bucket of the Earth's history."

The Caledonian Orogeny in Norway, where injections of hot fluids caused rapid fracturing of the cool crust, producing deep-seated continental earthquakes, offered additional insights. The buildup of heat, previously thought to be widespread during mountain building, may instead be related to short-term events caused by either pulsed injection of hot fluids and/or friction on faults, with the overall crust remaining relatively cool.

"The new quantitative technique that we developed allows us to measure the duration of thermal disturbances at all scales, from small-scale intrusions of molten rocks into the crust [e.g. volcanoes] to large-scale orogenic cycles," said Lee. "It neatly explains many previously puzzling geological observations and may be relevant to other mountain-building events around the world."