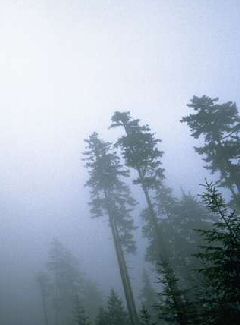 Climatologist Noah S. Diffenbaugh from Purdue University says he has found that events such as storms and heat waves can vary substantially in frequency and severity depending on how vegetation responds to global warming. His study indicates that as vegetation responds to climate change, those changes in ground cover may affect where and how often extreme weather events occur. While climate scientists have theorized that this relationship might exist, Diffenbaugh believes that this study adds weight to the idea that interactions among land, air and sunlight are more complex than we might imagine. "Earth's climate is all about relationships, and this study shows that ground cover plays a significant part in determining changes in climate extremes," said Diffenbaugh. "We are accustomed to hearing that greenhouse gases affect climate, but they are not the only factor we should consider. Our climate models also must incorporate the effect of vegetation if they are to capture the full scope of reality."

Diffenbaugh's research, appearing in Geophysical Research Letters, used a climate model of the western United States, primarily examining California, Oregon, Nevada and parts of the surrounding region. Diffenbaugh said that whether vegetation feedbacks make for more or fewer extreme events depends on the region. "Changes in vegetation cover can push the region toward more or fewer extreme events - it depends on where you look," he said.

"In the high Sierra Nevada, for example, people have often theorized that as the globe warms, evergreen forests will migrate to higher altitudes and be lost as they hit the mountaintops. We certainly see this warming and the predicted forest loss. But we also see that as the forests disappear, the higher elevations may not experience as much extreme warmth as expected because environmental feedbacks the new vegetation generates may mitigate this net warming."

In other more populous places, however, the effect could be the exact opposite. "In central California, vegetation changes could even further increase the maximum temperatures over and above what the carbon dioxide will do on its own," Diffenbaugh said. "The model suggests that as the vegetation there responds to the greenhouse effect, heat waves will be longer, more frequent and more intense. What the comparison suggests is that in some places, such as coastal Oregon, greenhouse gases would be responsible for nearly all of the changes. But in central California or the Great Basin, vegetation would be a far more significant factor in regulating the changes."

"People have suspected for some time that the greenhouse effect can change how often extreme events occur and how severe they are," he said. "We also know that climate change will affect what vegetation grows where and that those vegetation changes can feed back to further change the mean climate state. But this is the first insight we've had into whether those vegetation changes will also change the frequency and magnitude of extreme temperature and precipitation events, such as droughts and severe storms."

Diffenbaugh said that while the experiment was valuable for establishing the relationship between vegetation and climate, further refinement of the methodology would be necessary. "Our vision is still blurry," he said. "I put together the experiment in order to better understand how the Earth works, and it has been successful on that level. But the results should not be taken as a prediction of the future. I would characterize them as a first approximation of how two important components of the climate system can interact."

One of the improvements he would like to make, he said, involves incorporating more realistic conditions into the model. "Interpretations of this research could be challenged because it is an initial idealized experiment, not a forecast," Diffenbaugh said. "For example, I used an idealized vegetation cover for the region, and I have left out several important processes, such as the role of human land use and the role of changes in the way nutrients cycle from the earth into living things and back again." One of the issues hindering more detailed modeling is computer power. "What we'd really like is a model that can show us how extreme climate events respond to vegetation changes on the scale of decades or even centuries. At this point, it's a matter of devoting enough computer time to achieving that goal," concluded Diffenbaugh.