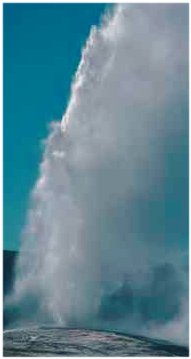 Focusing on two mammal species - the Montane vole and northern pocket gopher - Hadly and colleagues looked into how the two species responded to historical climate-induced habitat alterations in northwestern Wyoming. They gathered fossils from Yellowstone National Park's Lamar Cave, and compared genetic material extracted from fossil samples taken from different time points over the past 3,000 years to genetic data taken from contemporary animals. Studying these populations in space and time - an approach the researchers call "phylochronology" - offers an opportunity to analyze the genetic diversity of a species against the backdrop of environmental fluctuation within an evolutionary time frame.

The past 3,000 years includes two periods marked by dramatic climate change - the Medieval Warm Period and the Little Ice Age - that had different effects on local mammal populations depending on their habitat preferences. Habitat specialists, the vole and pocket gopher live in the wet mountain regions of western North America. Though both showed population increases during wetter climates and declines during warmer periods, Hadly predicted and subsequently found that the gene diversity fluctuations of the two species differed based on their different ecological behaviors.

That prediction was confirmed by an analysis of fossils in Lamar Cave, which revealed a 40% drop in the vole population during the warmer period, along with a 50% decline in the number of pocket gophers. As expected, fossil abundance for both species rose dramatically during the Little Ice Age as precipitation levels increased. These findings established a direct correlation between climate change and population size, but how did individual voles and pocket gophers respond genetically to these episodes of global warming and cooling?

Earlier studies have shown that, when an isolated population shrinks, inbreeding increases. As a result, surviving offspring end up with similar DNA. Over time, this lack of genetic diversity can jeopardize the entire population, because each individual inherits the same vulnerability to diseases and other external threats.

But voles had a different response to medieval warming. "They didn't show any reduction in genetic diversity, even though they did show a reduction in population size," Hadly said. That's because voles routinely look for mates from other colonies.

"Voles move around," Hadly noted. "They disperse quite freely, and that actually results in an elevation of genetic diversity during the time that their population sizes are undergoing reduction. Pocket gophers, on the other hand, are subterranean rodents. They dig underground burrows that are very energetically expensive to build, and they kind of stick in one place. There's a subtle message in this paper about the potential influence of warming on evolution," she said. "Voles show an influx of new genes and genetic diversity as their population declines, which means they're connected to other populations. But gophers haven't really recovered from the Medieval Warm Period, which ended less than 1,000 years ago. That means gophers are not getting any fresh, new genes from somewhere outside because they're isolated."