Songs On The Brain 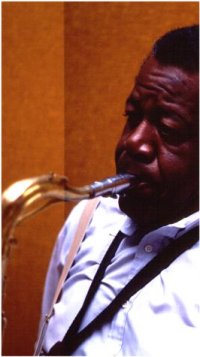 Researchers at Dartmouth are getting closer to understanding how some melodies have a tendency to stick in your head or why hearing a particular song can bring back a high school dance. They have found and mapped the area in your brain that processes and tracks music. It's a place that's also active during reasoning and memory retrieval.

The study by Petr Janata, Research Assistant Professor at Dartmouth's Center for Cognitive Neuroscience, and his colleagues is reported in the Dec. 13, 2002, issue of Science. Their results indicate that knowledge about the harmonic relationships of music is maintained in the rostromedial prefrontal cortex, which is centrally located, right behind your forehead. This region is connected to, but different from, the temporal lobe, which is involved in more basic sound processing.

"This region in the front of the brain where we mapped musical activity," says Janata, "is important for a number of functions, like assimilating information that is important to one's self, or mediating interactions between emotional and non-emotional information. Our results provide a stronger foundation for explaining the link between music, emotion and the brain."

Using functional magnetic resonance imaging (fMRI) experiments, the researchers asked their eight subjects, who all had some degree of musical experience, to listen to a piece of original music. The eight-minute melody, composed by Jeffrey Birk, Dartmouth class of '02, when he was a student, moves through all 24 major and minor keys. The music was specifically crafted to shift in particular ways between and around the different keys. These relationships between the keys, representative of Western music, create a geometric pattern that is donut shaped, which is called a torus.

"The piece of music moves around on the surface of the torus, so we had to figure out a way to pick out brain areas that were sensitive to the harmonic motion of the melody," explains Janata. "We developed two different tasks for our subjects to perform. We then constructed a statistical model that separated brain activation due to performing the tasks from the activation that arose from the melody moving around on the torus, independent of the tasks. It was a way to find the pure representation of the underlying musical structure in the brain."

As the subjects performed the tasks, the fMRI scanner provided detailed pictures of brain activity. The researchers compared where the activation was on the donut from moment to moment with the fluctuations they recorded in all regions of the brain. Only the rostromedial prefrontal area reliably tracked the fluctuations on the donut in all the subjects, therefore, the researchers concluded, this area maintains a map of the music.

"Music is such a sought-after stimulus," says Janata. "It's not necessary for human survival, yet something inside us craves it. I think this research helps us understand that craving a little bit more."

Not only did the researchers find and map the areas in the brain that track melodies, they also found that the exact mapping varies from session to session in each subject. This suggests that the map is maintained as a changing or dynamic topography. In other words, each time the subject hears the melody, the same neural circuit tracks it slightly differently. This dynamic map may be the key to understanding why a piece of music might elicit a certain behavior one time, like dancing, and something different another time, like smiling when remembering a dance.

Janata adds, "Distributed and dynamic mapping representations have been proposed by other neuroscientists, and, as far as we know, ours is the first paper to provide empirical evidence for this type of organizational principle in humans."