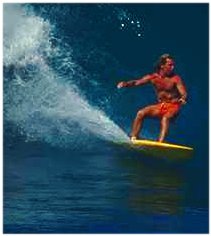 An international team of astronomers, lead by researchers at the Max-Planck Institute for Extraterrestrial Physics (MPE), has directly observed an otherwise normal star orbiting the supermassive black hole at the center of the Milky Way Galaxy.

Ten years of painstaking measurements have been crowned by a series of unique images obtained by the Adaptive Optics (AO) NAOS-CONICA (NACO) instrument on the 8.2-m VLT YEPUN telescope at the ESO Paranal Observatory. It turns out that earlier this year the star approached the central Black Hole to within 17 light-hours - only three times the distance between the Sun and planet Pluto - while travelling at no less than 5000 km/sec.

Previous measurements of the velocities of stars near the center of the Milky Way and variable X-ray emission from this area have provided the strongest evidence so far of the existence of a central Black Hole in our home galaxy and, implicitly, that the dark mass concentrations seen in many nuclei of other galaxies probably are also supermassive black holes. However, it has not yet been possible to exclude several alternative configurations.

In a break-through paper appearing in the research journal Nature on October 17th, 2002, the present team reports their exciting results, including high-resolution images that allow tracing two-thirds of the orbit of a star designated "S2". It is currently the closest observable star to the compact radio source and massive black hole candidate "SgrA*" ("Sagittarius A") at the very center of the Milky Way. The orbital period is just over 15 years.

The new measurements exclude with high confidence that the central dark mass consists of a cluster of unusual stars or elementary particles, and leave little doubt of the presence of a supermassive black hole at the centre of the galaxy in which we live.

Ever since the discovery of the quasars (quasi-stellar radio sources) in 1963, astrophysicists have searched for an explanation of the energy production in these most luminous objects in the Universe. Quasars reside at the centres of galaxies, and it is believed that the enormous energy emitted by these objects is due to matter falling onto a supermassive Black Hole, releasing gravitational energy through intense radiation before that material disappears forever into the hole (in physics terminology: "passes beyond the event horizon").

To explain the prodigious energy production of quasars and other active galaxies, one needs to conjecture the presence of black holes with masses of one million to several billion times the mass of the Sun. Much evidence has been accumulating during the past years in support of the above "accreting black hole" model for quasars and other galaxies, including the detection of dark mass concentrations in their central regions.

However, an unambiguous proof requires excluding all possible other, non-black hole configurations of the central mass concentration. For this, it is imperative to determine the shape of the gravitational field very close to the central object - and this is not possible for the distant quasars due to technological limitations of the currently available telescopes.

The centre of our Milky Way galaxy is located in the southern constallation Sagittarius (The Archer) and is "only" 26,000 light-years away. On high-resolution images, it is possible to discern thousands of individual stars within the central, one light-year wide region (this corresponds to about one-quarter of the distance to "Proxima Centauri", the star nearest to the solar system).

Using the motions of these stars to probe the gravitational field, observations with the 3.5-m New Technology Telescope (NTT) at the ESO La Silla Observatory (Chile) (and subsequently at the 10-m Keck telescope, Hawaii, USA) over the last decade have shown that a mass of about 3 million times that of the Sun is concentrated within a radius of only 10 light-days of the compact radio and X-ray source SgrA ("Sagittarius A") at the center of the star cluster.

This means that SgrA is the most likely counterpart of the putative black hole and, at the same time, it makes the Galactic Center the best piece of evidence for the existence of such supermassive black holes. However, those earlier investigations could not exclude several other, non-black hole configurations.

"We then needed even sharper images to settle the issue of whether any configuration other than a black hole is possible and we counted on the ESO VLT telescope to provide those", explains Reinhard Genzel, Director at the Max-Planck Institute for Extraterrestrial Physics (MPE) in Garching near Munich (Germany) and member of the present team. "The new NAOS-CONICA (NACO) instrument, built in a close collaboration between our institute, the Max-Planck Institute for Astronomy (MPIA: Heidelberg, Germany), ESO and the Paris-Meudon and Grenoble Observatories (France), was just what we needed to take this decisive step forward".

The new NACO instrument was installed in late 2001 at the VLT 8.2-m YEPUN telescope. Already during the initial tests, it produced many impressive images, some of which have been the subject of earlier ESO press releases.

"The first observations this year with NACO gave us right away the sharpest and 'deepest' images of the Milky Way Centre ever taken, showing a large number of stars in that area in great detail", says Andreas Eckart of the University of Cologne, another member of the international team that is headed by Rainer Schoedel, Thomas Ott and Reinhard Genzel from MPE. "But we were still to be overwhelmed by the wonderful outcome of those data!"

Combining their infrared images with high-resolution radio data, the team was able to determine - during a ten-year period - very accurate positions of about one thousand stars in the central area with respect to the compact radio source SgrA.

"When we included the latest NACO data in our analysis in May 2002, we could not believe our eyes. The star S2, which is the one currently closest to SgrA, had just performed a rapid swing-by near the radio source. We suddenly realised that we were actually witnessing the motion of a star in orbit around the central black hole, taking it incredibly close to that mysterious object", says a very happy Thomas Ott, who is now working in the MPE team on his PhD thesis.

No event like this one has ever been recorded. These unique data show unambiguously that S2 is moving along an elliptical orbit with SgrA at one focus, i.e. S2 orbits SgrA like the Earth orbits the Sun, cf. the right panel of PR Photo 23c/02.

The superb data also allow a precise determination of the orbital parameters (shape, size, etc.). It turns out that S2 reached its closest distance to SgrA in the spring of 2002, at which moment it was only 17 light-hours away from the radio source, or just 3 times the Sun-Pluto distance. It was then moving at more than 5000 km/s, or nearly two hundred times the speed of the Earth in its orbit around the Sun. The orbital period is 15.2 years. The orbit is rather elongated - the eccentricity is 0.87 - indicating that S2 is about 10 light-days away from the central mass at the most distant orbital point.

"We are now able to demonstrate with certainty that SgrA* is indeed the location of the central dark mass we knew existed. Even more important, our new data have "shrunk" by a factor of several thousand the volume within which those several million solar masses are contained", says Rainer Schoedel, PhD student at MPE and also first author of the resulting paper.

In fact, model calculations now indicate that the best estimate of the mass of the Black Hole at the centre of the Milky Way is 2.6 - 0.2 million times the mass of the Sun.

According to the detailed analysis presented in the Nature article, other previously possible configurations, such as very compact clusters of neutron stars, stellar size black holes or low mass stars, or even a ball of putative heavy neutrinos, can now be definitively excluded.

The only still viable non-black hole configuration is a hypothetical star of heavy elementary particles called bosons, which would look very similar to a black hole. "However", says Reinhard Genzel, "even if such a boson star is in principle possible, it would rapidly collapse into a supermassive black hole anyhow, so I think we have pretty much clinched the case!"

So what remains to be done? The next big quest now is to understand when and how these supermassive black holes formed and why almost every massive galaxy appears to contain one. The formation of central black holes and that of their host galaxies themselves increasingly appear to be just one problem and the same. Indeed, one of the outstanding challenges for the VLT to solve in the next few years.

There is also little doubt that coming interferometric observations with instruments at the VLT Interferometer (VLTI) and the Large Binocular Telescope (LBT) will also result in another giant leap within this exciting field of research.

Andreas Eckart is optimistic: "Perhaps it will even be possible with X-ray and radio observations in the next few years to directly demonstrate the existence of the event horizon."