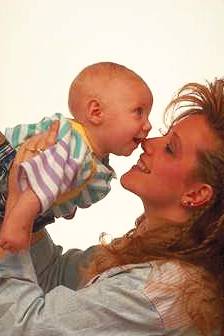 For may years it has been widely held in medical circles that pregnant women should avoid beverages that containing caffeine, because it may increase their risk of a miscarriage. However a new study by researchers at the National Institute of Child Health and Human Development (NICHD) and the University of Utah in Salt Lake City has cast new light on the risks of caffeine intake during pregnancy.

Caffeine is just found in coffee, but also in soft drinks (particularly many diet drinks), and chocolate. According to US National Institute of Environmental Health Sciences (NIHS) about 200 milligrams of caffeine are found in one- two cups of brewed coffee or two cups of brewed tea.

Researchers analysed blood samples from a large group of women to estimate overall caffeine consumption. What they were measuring in particular was blood levels of paraxanthine, a substance produced when caffeine is broken down by the liver. Caffeine is quickly absorbed in humans and reaches high levels in the blood shortly after consumption, but then falls rapidly. Paraxanthine on the other hand remains in the blood longer and at more consistent levels and investigators believe is a more accurate measure of caffeine consumption.

There have been several previous studies looking at whether caffeine consumption during pregnancy increases the chances for miscarriage and most have produced conflicting results. Some studies suggested that consuming the amount of caffeine equivalent to one or two cups of coffee a day might double the miscarriage risk. Others reported that caffeine consumption increases the risk for miscarriage only in women who experience morning sickness during pregnancy. And other studies found that there was no risk of miscarriage, even for women who consume large amounts of caffeine.

There are lots of possible reasons why these results might conflict. Some of the studies probably had too few participants to give statistically valid results and most simply asked participants to recall how much caffeine they consumed while pregnant (leading many to potentially either overestimate or underestimate their caffeine intake).

In this study, the paraxanthine levels in blood samples from 42,000 women taken in the United States, from 1959 to 1966 were used. Samples were obtained from the women every two months during pregnancy, at delivery, and six weeks after they gave birth.

The researchers detected paraxanthine in the samples of 80% of women who had miscarried as well as in 82 percent of a similar group of women who did not. However, after other factors like smoking known to increase the chances for miscarriage, women who miscarried were found to have higher paraxanthine levels than did women who did not miscarry.Women who consumed the equivalent of five or more cups of coffee per day were more than twice as likely to miscarry as those who consumed no caffeine at all.

"Our results show that drinking very large amounts of coffee or other caffeine-containing beverages may increase a pregnant woman's miscarriage risk," Dr. Klebanoff said. "However, serum levels of paraxanthine that are usually seen among women consuming only about two or three cups of coffee a day do not appear to increase this risk."

One area the study could not include was the possibility that some of the miscarriages may have resulted from chromosomal abnormalities. The study also did not have information on morning sickness during pregnancy, and so could not determine if the miscarriage risk was the same for women who experienced morning sickness as it was for those who did not. However, researchers found that high levels of paraxanthine were associated with an increased risk of miscarriage among women who did and did not have vomiting that suggests vomiting did not influence the risk of miscarriage from caffeine.

It is interesting to note according to the authors caffeine consumption during the 1950s and 60s in the US was much higher than today. This seems hard to believe given the proliferation of coffee shops like Starbucks across the (not to mention the huge increase in consumption of soft drinks).