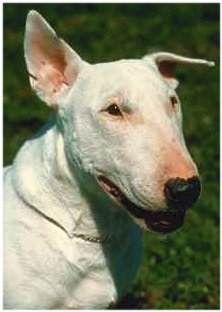 Stressed out by work and all the end of millennium stuff? Well consider getting a cat or dog to help manage your stress.

At least this is the hypothesis of Dr. Karen Allen, a research scientist at the State University of New York at Buffalo whose report has just been published in the American Heart Association Scientific Sessions.

Dr. Allens's work looked at forty eight male and female stockbrokers who already taking medication to control high blood pressure (the stockbrokers made more than $200,000 p.a. and lived alone). It showed that those who owned a pet had only half the increase in blood pressure under stress as those who did not. Dr. Allen says, "These results are dramatic and significant. For over a decade I've been studying the effects of pets on people's reactivity to stress -- measured by heart rate and blood pressure responses to mental and physical stress. We've shown over and over that it's beneficial to be with a pet when you're under stress."

Allen's previous work looked only at healthy people and this study is the first to look at people with a defined medical condition.

Normal blood pressure is generally considered to be less than 140/90 millimeters of mercury (mm Hg). Without medication, the stockbrokers average resting blood pressure was 165/110 mm Hg!

The researchers then deliberately subjected the participants to stress by using common psychological tests. In response participants average blood pressure shot up to between 182/126 mm Hg and 184/129 mm Hg. Then, all the subjects were given a common drug known to reduce high blood pressure.

Six months later, the researchers again performed stress tests. In those who took the medication but did not have a pet, blood pressure rose to 140/89 mm Hg to 141/94 mm Hg.

"That doesn't really sound bad, but the increase was the same number of points as before taking medication and it was still high enough to be diagnosed as high blood pressure if sustained over a period of time," Allen says. Basically the medication-only group had double the stress response as those who had a pet in the room during the test.

Perhaps to scientists the fact that stockbrokers had decreased pressure if they owned a cat or dog. But the researchers may have overlooked a couple of important issues:

2 Who care if they all drop dead from stress?

4 What about the stress on the animals? Perhaps if they had a bear as a pet then the results would have been more interesting.