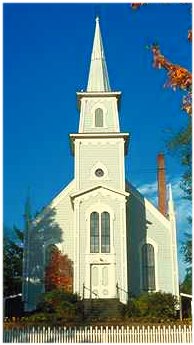 "Having both religious beliefs and practices, and a social support system, is an active and powerful component of effective coping," noted the research team from Memorial Sloan-Kettering Cancer Center in New York.

A group of 117 skin cancer patients in New York and another group of 100 in Israel answered extensive questions about their medical condition, religious and spiritual beliefs, quality of life, social support, coping styles, level of distress, as well as age, sex, race, marital status, education, occupation and family cancer history. The two studies were launched to make cross-cultural comparisons.

The studies in both countries found that patients who greatly relied on spiritual and religious beliefs were more likely to use an active coping style. In "active" coping, a patient accepts the illness and tries to view it in a positive, meaningful way.

Although linked with more active coping, relying on religious beliefs did not alter patients' distress levels in the U.S. study. But, physical and emotional distress levels remained low, possibly since patients' physical abilities had not yet declined, the researchers suggested.

"Cancer, perhaps more than any other disease, fosters a sense of helplessness -- patients feel unable to exert any personal control over their condition," commented therapist I.D. Yalom. A relationship with God "provides patients with a sense of connection and involvement, rather than isolation, helplessness and hopelessness," noted the Sloan-Kettering research team.

"Many draw on their beliefs as a way of finding meaning during a difficult event and seek a source greater than self in order to cope with the crisis," noted Dr. David B. Larson, president of the National Institute for Healthcare Research (NIHR).

In the past, "A religious approach to life crises has sometimes been viewed by theorists...as a passive, regressive, even avoidant psychological phenomenon," the U.S. researchers noted. However, the data in these studies showed otherwise. "Our results show how religiosity can play an important, although still insufficiently recognized, role in how individuals affected with life-threatening illness cope and adjust," the Israeli researchers stated.

"These findings appear to contradict the long-standing theoretical view that religious beliefs and practices represent a less than optimal means of coping with crisis, in general, and with life-threatening illness in particular," the Israeli research team stated. "It is becoming scientifically clearer that a system of belief actually helps reduce the degree of psychological distress brought on by a life-threatening illness."