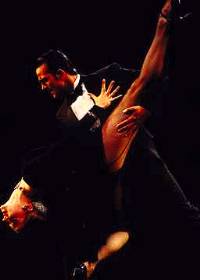 The designer drug Ecstasy, popular at "rave" dance parties and other large gatherings, has long enjoyed a safe, danger-free reputation. However, a new report suggests that the drug can cause long-lasting damage to the brain.

Experiments on monkeys showed that as little as four days of using Ecstasy, also known as MDMA, could cause damage lasting six to seven years later.

"People who take MDMA, even just a few times, are risking long-term, perhaps permanent, problems with learning and memory," Dr. Alan Leshner, director of the National Institute on Drug Abuse, which funded the study, said in a statement.

MDMA has a stimulant effect. Users report a sense of euphoria and well being, but it has been associated with some deaths - some of them immediately after use.

It affects serotonin, an important brain signaling chemical associated with mood, among other things.

"The serotonin system, which is compromised by MDMA, is fundamental to the brain's integration of information and emotion," Leshner said.

George Ricaurte and colleagues at Johns Hopkins University in Baltimore gave either salt water or Ecstasy to some squirrel monkeys twice a day for four days.

Two weeks later they killed half the monkeys and looked at their brains. They found damage to neurons associated with serotonin.

Areas particularly affected, they reported in the Journal of Neuroscience, were the neocortex, the outer part of the brain which is associated with conscious thought, and the hippocampus, associated with long-term memory.

Six to seven years later the rest of the monkeys were killed and their brains examined. Ricaurte said they had not recovered from the damage.

"Some recovery of serotonin neurons was apparent in the brains of the monkeys given MDMA previously but this recovery occurred only in certain regions and was not always complete," Ricaurte said.

"Other brain regions showed no evidence of recovery whatsoever."