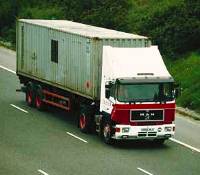 Our understanding of the physiological effects of air pollution has taken a step forward with the release of results from a study where volunteers where exposed to common pollutants. This particular study focused on how our airways react to the tiny particles (less than ten microns in diameter) produced in the exhaust fumes of diesel engines.

In the experiment, carried out by researchers of the university hospitals of Umea (Sweden) and Southampton (UK), 15 healthy, non-smoking individuals, made up of 11 men and 4 women aged between 21 and 29 years, were exposed for one hour to diesel exhaust fumes inside an exposure chamber at the University of Umea. The level of diesel exhaust inside the chamber was comparable to that found in underground car parks, tunnels or the congested streets of major cities. Bronchial biopsies were then carried out

Despite the short exposure time, clear effects on the human volunteers were observed six hours after inhaling the fumes. The mucosa of their airways showed signs of an acute inflammation, characterized by up to three times the normal concentration of cells belonging to the immune system, known as neutrophiles and lymphocytes. The Swedish and British researchers are the first to demonstrate these effects in healthy subjects by means of mucosal biopsies and bronchoscopy. While the inflammation was clearly perceptible in the airways, the traditional lung tests (such as measuring the exhaled air volume) showed no abnormal variation. "Thanks to these analyses, we have been able to demonstrate that diesel fumes are much more dangerous than was so far assumed", said Dr Anders Blomberg of the University hospital of Umea, one of the main authors of the study. "To our knowledge, this is the first time such effects have been described in humans exposed to a concentration of diesel exhaust that may be encountered in the environment."

The fumes of diesel engines contain up to 100 times more soot than ordinary petrol engines, but this "particulate matter" is so tiny - less than ten microns in diameter - that it is not caught by any filtering device in our respiratory system. This means that the particles are inhaled in great quantities deep into the lungs, right into the delicate alveoli. Moreover, these particles can bind to a whole range of toxic compounds, such as metals or benzene derivatives, some of which are known to be carcinogenic.

Some researchers are now beginning to say that diesel particles, as well as causing respiratory inflammations, might also be involved in the aetiology of lung cancer. The particles are of the same size as those in tobacco smoke, and carry similar toxic substances on their surface.