Black And White Issues In Court 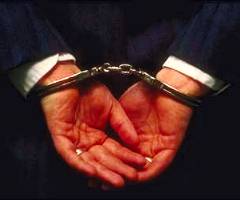 A series of mock trials conducted by researchers from the University of Michigan showed how race plays a part in the way courtroom decisions are reached. The study, conducted earlier this year, recruited 211 adults to serve as mock jurors in a trial involving a barroom assault by a man against his girlfriend. About three-quarters of those recruited were white and about one-quarter were Black. In all versions of the case, the race of the man and his girlfriend were different. White and Black mock jurors were equally likely to receive versions featuring a white as a Black defendant.

The researchers asked the mock jurors to rate how guilty the defendant was and how severe they believed his punishment should be.

When the racial element of the crime was emphasized, white mock jurors were not influenced by the race of the defendant, they found, while Blacks were likely to demonstrate same-race leniency.

Sentencing recommendations showed a similar trend: white mock jurors were not influenced by the race of the defendant while Black mock jurors recommended longer sentences for white defendants.

"When racial issues arise in a trial, white mock jurors are on guard against the possibility of prejudicial feelings and maintain the appearance of fairness," Samuel R. Sommers, one of the researchers, said. "But when racial issues are not made explicit, white jurors are lenient toward the white defendant and more punitive toward the Black defendant. Black mock jurors, on the other hand, do not demonstrate egalitarianism in any condition."

The researchers speculate that whites may be motivated to deny their prejudiced attitudes against Blacks whilst Black Americans, raised to be skeptical of the egalitarian claims and promises of white America, may have no particular motivation to conceal their anti-white sentiments.

The researchers emphasize that the findings do not mean that Black jurors won't convict Black defendants, as many prosecutors maintain.

"In spite of their tendency to correct against perceived injustice in the legal system, Black jurors still give Black defendants high guilt ratings," says Sommers. "It is also worth emphasizing that white jurors - and, by extension, white police officers and white judges, among others - are sometimes prejudiced in their treatment of Black defendants, justifying the skepticism among Black jurors about the fairness of the legal system."