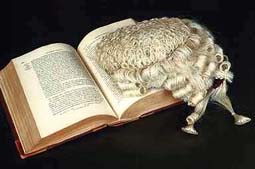 A law preventing Americans who are opposed to capital punishment from serving on juries in which a defendant may be sentenced to death may be biasing the outcome of trials, according to a new study. Still unclear, however, is whether this bias favours defendants or prosecutors.

"We found that jurors who are against the death penalty act differently from other juries," says Elizabeth Stansy, associate professor of statistics at Ohio University and co-author of the study. "However, in an actual death-penalty trial, we can't say for sure in which direction these differences would affect the outcome."

Among the results, published in the June issue of the Journal of the American Statistical Association, is the surprising finding that jurors against the death penalty tend to be harsher on defendants than those who favour capital punishment. The effects differ substantially, however, depending on the crime the defendant is charged with, says Stansy.

The researchers compared how jurors with different beliefs regarding capital punishment acted in 57 trials in Wake County, North Carolina, from October 1984 to June 1996. None of the trials were death penalty cases.

"Because people who are opposed to the death penalty are not allowed to serve in capital cases, we can't observe directly how they act in those cases," explains Stansy. "Instead, we looked at how anti-death-penalty jurors act in other kinds of trials to see how they might be different."

As a statistician, Stanly is reluctant to speculate on the sociological or psychological reasons why jurors against the death penalty may be harder on defendants in certain types of cases. But the results suggest that these differences may be important in determining the outcome of trials.

"If we really want to have a jury of our peers," she says, "it doesn't seem that we can get that by excluding people who are opposed to the death penalty."