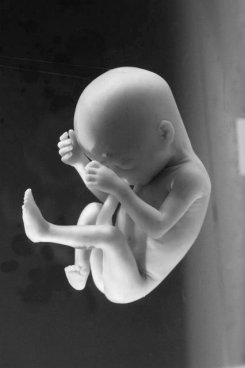 Despite the negativity and suspicion that stem cell research has attracted in the mainstream media, it has made remarkable headway in a relatively short period. But there are still major problems for scientists in their pursuit of new treatments and cures for a range of ailments. The obstacles to overcome are not trivial. Two of the most pressing problems are stem cell over-proliferation and stem cell navigation. If not controlled, stem cells can over-proliferate; creating mutations that will in turn lead to cancer. And scientists must also overcome the complex problem of how to get stem cells to successfully navigate their way to a specific target. But new research in these areas has produced some groundbreaking findings on the behavior and characteristics of stem cells that may eventually lead to real-world therapies.

A breakthrough on the navigation front has already been made by researchers at the Medical College of Georgia (MCG). Dr. Yu, director of the Institute of Neuroscience and the Institute for Molecular Medicine and Genetics at the MCG, and his co-researchers, have identified four sugarcoated faces made by stem cells as they differentiate into brain cells during development. These four compounds (two glycolipids, GD3 and O-acetylated GD3, and two glycoproteins, Stage-specific Embryonic Antigen-1 and Human Natural Killer Cell Antigen 1) had previously been identified, but their role in determining both the timing and destination of cell migration was unknown. The finding is significant, as these unique expressions of sugar on the cell surface provide a "road-map" that may one day enable stem cell therapy to repair brain injury or disease by helping stem cells navigate the "jungle" of the adult brain, says Dr. Yu.

Dr. Yu explains: "These glycoconjugate markers are like specific addresses that characterize the cell at that particular moment. We call them stage-specific embryonic antigens." Anyone would have to be somewhat in awe of these recognition-molecules that assist in the unbelievably rapid assemblage of up to two hundred billion cells into a human brain in nine months. Dr. Yu explains that all cells behave in this way; "We are all sugar-coated, really. There is an abundance of sugar on the cell's surface that not only defines the cell's properties but also helps cells recognize each other and stick together." In brain function specifically, explains Dr. Yu, cells are constantly changing their sugar face and their function to meet immediate biological needs. As a cell's expression changes, it travels to its new target via what could be called a "neuron interstate," which is laid out by the first stem cells formed in development, before rapid cell migration and transformation begins. "These 'interstates' are called Bergmann glia or glial fibers. They serve as guidance for the neuronal cells to migrate," says Dr. Yu.

In cases of trauma, spinal chord injury and stroke, sections of these networks, along with brain cells, are often destroyed. Dr. Yu, and other researchers are using stem cell transplants to encourage undifferentiated stems cells to mend the gaps in the damaged areas of the network. Dr. Yu hopes the new developmental markers will show what cell surface molecules should look like at various positions along the way and, subsequently, how these cells should act. Dr. Yu explains that identifying these initial developmental markers makes finding further markers in the body a lot faster and simpler. However, he also acknowledges the existence of at least two well-known problems that have plagued stem cell research for some time. The first of these, known as functional recovery, is getting the cells to do the right job once they arrive at a target organ, and the second is controlling cell proliferation so they don't start forming cancerous tumors.

The possible relationship between stem cells and cancer is a hot topic amongst stem cell researchers. To date, hard evidence has been elusive, but a new study in Nature Genetics indicates the existence of just such a link. Lead researcher Dr. Cayetano Gonzalez, of the Instituci� Catalana de Recerca i Estudis Avan�ats, explains: "The strength of our paper is that this is the first time�that a behavior that is fairly unique to stem cells, like asymmetric cell division, is linked to cancer." The study shows that if key molecules aren't placed in the right locations within stem cells before they divide, the result can be deadly tumors.

The need for the body to create new cells in the first place arises when specialized cells become damaged or die through age. On such occasions the body draws on its supply of stored stem cells to generate replacements. Usually the stem cell divides into two types: one that is just like the parent, which is kept to maintain the stock, and another that differentiates. This is what happens with neuroblasts. Cell division creates one large neuroblast and a smaller cell that can become part of a nerve. This process is controlled by events that happen prior to division. The parent cell becomes asymmetrical: it collects a set of special molecules in the area that will bud off and become the specialized cell. "This asymmetry provides the new cell with molecules it needs to launch new genetic programs that tell it what to become," explains González. It is these processes prior to stem cell proliferation that were pertinent to the researchers' study, as González hypothesised that an impairment of asymmetric cell division could alter a cell's fate and thereby render daughter cells unable to respond to the mechanisms that control proliferation. "The current study investigates what happens when the process of localizing these molecules is disturbed," stated González.

To test his hypothesis, González generated Drosophila melanogaster (fruit fly) larval neuroblasts containing mutations in various genes that control asymmetric cell division. They needed to do this because whether the proteins get to the right place depends on the activity of specific genes in the stem cell, so co-researcher Emmanuel Caussinus created neuroblasts in which these genes were disrupted. "We no longer had normal neuroblasts and daughter cells capable of becoming part of a nerve," Caussinus says. "Instead, we had a tumor." When these altered cells were transplanted into the adult fruit flies, the results were swift and dramatic. The tissue containing the altered cells grew to 100 times its initial size; cells invaded other tissues, and death followed.

While the team did not have specific findings on how easy it was for cells to develop into a tumor, González stated that: "We know that about 10 percent of transplantation of less than a hundred manipulated stem cells gave rise to tumors. Pretty efficient, I would say." González results show that a loss of function of any of several genes that control the fate of a stem cell's daughters may result in hyper-proliferation, triggering a chain of events that subverts cell homeostasis in a general sense and leads to cancer. "It puts the focus on the events that create asymmetrical collections of molecules inside stem cells," González says. "This suggests new lines of investigation into the relationship between stem cells and tumors in other model organisms and humans."

González concluded that: "Most experimental oncologists are convinced about the link between asymmetric division and cancer. Our results give them new clues to follow, and if they turn out to be relevant they will point us towards new therapies that would have been unthinkable otherwise."