Church And State Mixed In The Test Tube 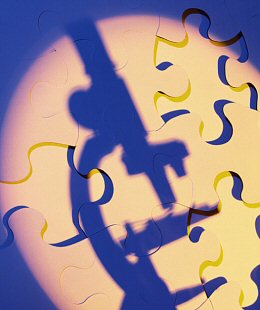 Despite the fraudulent clatter out of Asia, scientists are still convinced that embryonic stem (ES) cell research has the potential to revolutionize medical science. But there is a definite whiff of brimstone that accompanies the topic of ES cell research whenever it is mentioned these days. It seems progress on ES cell research has hit the doldrums, stalled in the eye of a perfect storm of controversy. And taking advantage of the momentarily calm weather, politicians everywhere appear to be hoisting-up policies based around their own personal belief systems. But worryingly, it appears these decisions are being driven by an undercurrent of religious conservatism rather than ethical concerns derived of a full understanding of ES cell research.

The procedure in the spotlight is known as therapeutic cloning, or somatic cell nuclear transfer, where the nucleus of an egg (oocyte) is removed, and replaced with the DNA from the cell of another organism. The cell is then left to divide from within a culture (meiotic division), where it becomes an early stage embryo (blastocyst) of around 100 cells. The advantage in using this method is that the embryo shares a near 100 percent DNA match with the original DNA donor, and the stem cells harvested from the embryo could theoretically treat a wide range of debilitating diseases and injuries. This means that someone suffering from Parkinson's disease could, hypothetically, donate DNA toward producing a blastocyst that would possess personalized stem cells capable of treating their disease.

As would be expected, the biggest criticisms come from religious quarters, the Pope condemning ES cell research as abhorrent. Religious protests such as these would nary warrant a mention normally, if not for a wave of religiously inspired Ludditism from an overzealous Vatican pressroom. One high profile cardinal was quoted in the New York Times as saying that scientists involved in such research should be excommunicated from the Roman Catholic Church. "Destroying an embryo is equivalent to abortion," said Cardinal Alfonso L�pez Trujillo. "Excommunication is valid for the women, the doctors and researchers who destroy embryos." While scientists may not be quaking with fear at such threats, there is evidence that many influential people consider the Church a moral beacon on the issue. And ES cell advocates are becoming increasingly concerned that some government ministers are letting their personal moral and religious views seep into how they present and manage government legislation. 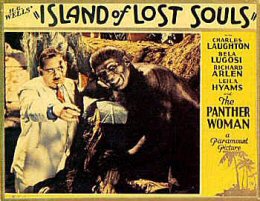 For those who believe that we live in an age of reason, it may come as something of a shock to realize that many of our politicians echo the non-sequiturs radiating from the Vatican. In Australia, for instance, federal Health Minister Tony Abbott has misled and used scaremongering tactics to influence a conscience vote soon to be untaken by the parliament on the issue. Abbott believes that therapeutic cloning is the first step on a slippery slope toward reproductive human cloning. Abbott also found it convenient to latch onto the very real concept of using animal eggs in therapeutic cloning, as it is predicted that human eggs will be in short supply. Abbott believes that the result of this could somehow be some bizarre human/animal hybrid (in reality, the egg is simply a host to the DNA cells, which would still end with the embryo being compatible with the human donor). As Abbott speaks publicly on the issue of ES cell research he summons images of a Frankenstein's monster or the freakish half-man half-beast creatures from the nightmare island of Dr Moreau. He really should be writing scripts for Hollywood.

According to world renowned ethicist Professor Loane Skene, Abbott is well aware that reproductive human cloning is banned by law in Australia and other parts of the world (except the UK, where it is legal for research purposes under the Human Fertilization and Embryology Act in 2001), and that his reservations about letting ES cell pass through parliament are purely personal. Skene is the deputy chair to the Lockhart review on Stem Cell research, which is the pre-eminent committee set up to consider allowing ES cell research in Australia. Skene and colleagues began looking at ES cell research with open minds, never openly discussing their personal views until the late stages of their investigations. The committee made 54 recommendations to the government, and while the general gist was that ES cell research should begin; it was also advised that more public discussion on the complex findings should be carried out as an ongoing part of the process. But despite Abbott's obvious ignorance of the facts, he never sought a meeting with any member of the Lockhart committee, and neither has any of the Prime Minister's cabinet. Asked whether she thought Abbott was hostile to science, Skene replied: "No, I don't think that. I think that people, who hold these fears, do so from a sincere basis of their own moral or religious beliefs."

President George Bush also bases his anti-ES cell stance on Church doctrine. Not even the very public manifestations of spinal cord injury, Parkinson's or Alzheimer's disease in Christopher Reeve, Michael J. Fox and Ronald Reagan respectively, had an impact on his decision to veto a bill allowing ES cell research. Referring to the bill in July earlier this year, Bush said: "This bill would support the taking of innocent human life in the hope of finding medical benefits for others. It crosses a moral boundary that our decent society needs to respect. So I vetoed it." Recent developments in ES cell techniques, however, have shown that it is possible to extract stem cells without destroying the embryo, which appeared to be the basis of Bush's opposition. A US company, Advanced Cell, says that as the embryo can still be grown to full term, the new technique removes any possible ethical objection to ES cell research. "For most people, this removes the last rational objection for opposing this research," said a team of Advanced Cell scientists, led by Advanced Cell Technology's Dr Robert Lanza. 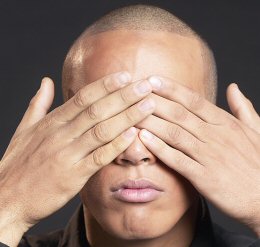 But White House spokeswoman Emily Lawrimore claimed that the new technique does not allay the concerns of Mr. Bush, stating: "Any use of human embryos for research purposes raises serious ethical questions. This technique does not resolve those concerns." Tellingly, Bush's position echoes that of the Vatican's, with Bishop Elio Sgreccia, the head the Vatican's Pontifical Academy for Life, stating that anything to do with ES cell research is wrong. "This is not just any cell, but a cell capable of reproducing a human embryo," he said. "Even if it didn't damage the embryo, it's still an issue of an invasive, unjustified operation on a human being... You're going in, taking a piece of an embryo's organism to use for yourself."

It should be stressed that scientists are still unsure as to what exactly ES cell research might turn up in the future, but they're never going to know unless the research is allowed to proceed in the first place. The only way that this is likely to occur is if there is open public debate on this complex issue, rather than burying it to protect personal belief systems. Ultimately, Professor Skene believes that: "what we should be doing is to think of the advantages that we've had from scientific research in the past that have given us much greater health prospects than our predecessors. And we should stop thinking so much about my body, and my tissue, and my privacy rights, and we should be prepared to put-in for the benefit of subsequent generations." If embryonic stem cell research is blocked we may never know the full cost to humanity, but we will always remember that it was religion that perpetuated the needless suffering of millions.