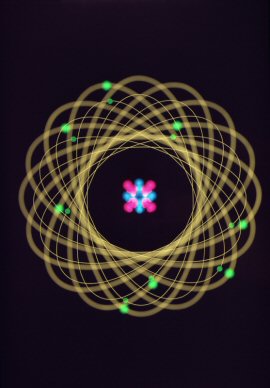 For a number of physicists, there is an increasing sense of unease about the current state of their chosen profession. Much of this disquiet is to do with the way modern physics relies on some sneaky techniques to explain away the trickiest bits of the accepted model. Without these corrective bolted-on components, much of modern physics simply doesn't stand up to scrutiny. It's possible that physicists may find it difficult, or perhaps impossible, to move on without first addressing some of these fundamental issues. But before we get into specifics, let's get a general understanding of where physics seems to have taken a wrong turn.

Prior to the shake-up that quantum mechanics caused, there was a nagging problem in physics which arose when physicists realized they couldn't describe the motion of an electron orbiting nuclei by using Newton's classical laws. Richard Feynman explained in 1979 that despite their best efforts to make the calculations work, "most of the time it failed, and it became more and more a crisis in physics to understand what matter was like, because it looked so obviously right that it had to be electrons going around nuclei, and yet nothing worked." As the laws of motion devised by Newton could not explain the motion of the electron, a full equation of quantum mechanics was devised toward the end of the 1920s. "When these quantum laws were applied to the behavior of electrons it was a fantastic success," says Feynman. This had a profound effect in fields such as chemistry, because it showed how molecules bonded. Ever since then, the properties of ordinary substances have been reduced to the motion of electrons.

So, everything's rosy, right? Well, not quite. Physicist Johan Prins, from the University of Pretoria, South Africa, says that both prior to, and after, the introduction of quantum mechanics, a fundamental problem has persisted. "Classical electrodynamics required that the electron should be modeled as a point-particle, but when they tried to model the electron as a particle with a radius, inconsistencies arose," explains Prins. Niggling problems with electrons are nothing new, and Feynman himself acknowledged this in The Feynman Lectures on Physics II. One of the biggest problems, says Prins, is that: "today's electron-electron scattering experiments indicate that the electron's radius could be infinitesimally small, which causes the energy of the electric field around the electron to be infinitely large." So in order to avoid completely nonsensical answers, a mathematical procedure called renormalization was introduced to remove infinity from equations, so that scientists could find a workable answer to their calculations rather than what amounted to gibberish. Prins states that this: "procedure has become such an inherent part of all quantum field theories, that at present the 'renormalizability of a theory' is accepted as proof that the theory is realistic."

Prins believes that renormalization provides a distorted view of reality, which is worrying, as physicists have relied on renormalization to inform much of their research, including attempts to reconcile the quantum and classical worlds in order to arrive at the coveted Theory of Everything (TOE). "The fact is that physics has been in a crisis for the last 80 years," said Prins. "It stalled when the Copenhagen interpretation of quantum mechanics became established and [Paul] Dirac formulated his wave equation."

Prins says that because quantum mechanics is currently explained using point particles, he now considers that the Copenhagen interpretation - formulated around 1927 by Niels Bohr and Werner Heisenberg - is wrong because it violates the theory of relativity. Prins argues that Erwin Schrödinger also believed that the theory was bunk, stating that: "People do not realize that his cat experiment was intended to ridicule the Copenhagen interpretation." Heisenberg made short work of Schrödinger's jibe, however, stating that his theory was "misleading because it gives people the idea that they can 'visualize' quantum mechanics and this is not possible, because it cannot explain quantum jumps when electrons change orbitals around the atom." Schrödinger backed down, conceding that he had no response to Heisenberg's counter argument. Despite Schrödinger's back-pedaling, Prins appears to have found some merit in Schrödinger's proofs against the Copenhagen interpretation. "What I have found is that Schrödinger has solved the problem, but did not know that the quantum jumps relate to wave-morphs."� 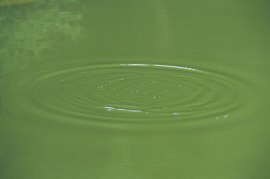 Prins is no stranger to controversy, with one of his previous papers regarding superconductivity in diamonds described as "thought provoking and very controversial" by a reviewer. Physicists with weak hearts might want to leave the room, as what Prins is about to suggest may cause some distress. According to Prins, it is not the mathematics that is wrong with quantum mechanics, nor quantum mechanics itself. Rather, it is what physicists assume they are analyzing and measuring that is erroneous. "The electron is not a particle with uncertainties in position and momentum, but a holistic wave that occupies space," argues Prins. "The uncertainties describe the size of the wave in position and wave-vector spaces. These sizes can morph instantaneously when the boundary conditions change. Furthermore, a photon can merge with such a wave [entangle] to form another electron-wave with a higher energy. It is such instantaneous entanglement that corresponds to a quantum jump." So, according to Prins, an electron is a wave; not a particle, or even a particle with wave-duality. "There are only waves which can instantaneously morph to occupy a large space [delocalize] or a smaller space [localize] and then act as if it is a particle owing to Gauss' law being applicable," he said.

Prins claims that Heisenberg was in fact wrong, as "it is possible to visualize what is happening on the quantum scale and this visualization also defines the interface between quantum mechanics and classical mechanics. They are both valid within their respective domains. Quantum mechanics does not encompass classical mechanics as has been believed all these years." This latter point highlights again the fact that Prins is not claiming that there is anything wrong with quantum mechanical theory, only that what is being measured needs to be reconsidered. "In terms of waves, quantum mechanics is a complete theory, which seems to neatly mesh with classical mechanics and most probably also with the general theory of relativity. It is that electrons are not modeled on waves that constitutes the crisis in physics," he added.

Prins maintains that his theory offers a better model of reality; "because, once accepted, one finds plausible explanations for many of the outstanding problems in physics; for example, why 'particles' can diffract; why the so-called nuclear forces are not separate forces, but can be explained in terms of the same mechanism responsible for covalent bonding; why the cosmic background radiation is fairly uniform; the possible nature of dark energy; the possible nature of dark mass; why mass is energy etc. Nature is not random; it is causal, just like Einstein always wanted. In terms of my interpretation everything that occurs has a cause; once it is analyzed in terms of waves."