Pulsars: What Are We Missing? 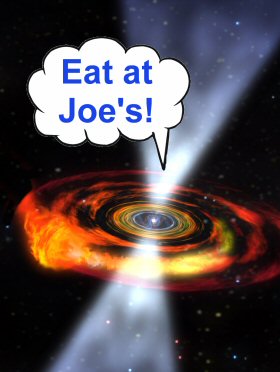 Next year marks the 40th anniversary of Cambridge astronomers Jocelyn Bell Burnell and Antony Hewish's discovery of pulsar PSR 1919+21. Pulsars are rotating neutron stars that emit electromagnetic radiation, which periodically hit the Earth with uncanny precision. Subsequently, the behavior of pulsars has been described as a "lighthouse" effect ever since their discovery. Hewish and Burnell's pulsar was found not only to emit radio pulses, but also pulses of light and x-rays as well. The speed at which they rotate also varies, with some pulsars rotating so fast that recent studies suggest that they may even be breaking some physical laws (naughty pulsars!).

There are quite a number of spooky behaviors associated with the 3 classes of pulsar so far identified, which led Polish astronomer Professor Janusz Gil J. Kepler to state: "More than 30 years after the discovery of pulsars, we still don't know how the radio waves are produced... Explaining pulsar radiation is one of the most difficult problems of astrophysics." Due to the mysterious nature of pulsars, some suspect that they may in fact be communications devices engineered by extraterrestrials (ET).

Interestingly, when Burnell and Hewish first made their discovery in 1967, they dubbed their pulsar LGM-1, a nod to the "Little Green Men" that may be out there. Many in the science community at the time considered it a very real possibility that pulsars were indeed evidence of an ET civilization, predominantly because the radio signals were so regular. British physicist Peter Sturrock even remembers some concern over whether or not the public should be informed of the discovery. Sturrock recalls Cambridge scientists debating the possibility that pulsars were signs of an ET civilization: "and decided that, if this proved to be correct, they could not make an announcement without checking with higher authorities [the Brigadier from Dr. Who, perhaps?]. There was even some discussion about whether it might be in the best interests of mankind to destroy the evidence and forget it!"

What science does know about pulsars today is that they are the magnetized spinning cores of dead stars that measure roughly 20 kilometers in diameter. Amazingly, despite their small stature, their mass can be several times that of our own Sun. There are three classes of pulsar: rotation-powered pulsars (powered by their rotational energy); X-ray pulsars, which emit X-rays observable from Earth (they draw their energy from the potential gravitational energy of attracted matter); and perhaps the oddest of them all, Magnetar pulsars, whose radiation comes from the decay of their very strong magnetic fields.

The latest contribution to our knowledge about pulsars comes from the Max Planck Society, and concerns how x-ray pulsars produce X-radiation and why heat dissipates to their poles as they age. The team found that the heat trapped within the pulsars since their birth is guided to their poles by the powerful magnetic field within the pulsar, which counters the previous theory that hotspots are produced when charged particles collide with a pulsar's polar surfaces. Despite these revelations, researchers say that there are still many pieces of the pulsar puzzle missing. "The theory of how pulsars emit their radiation is still in its infancy, even after nearly forty years of work," says Werner Becker, from the Max Planck Institute for Extraterrestrial Physics.

While scientists continue to work on the complex and perplexing mechanics of pulsars, most of them are not inclined to view them as potential alien transmission devices. The broader scientific community does however support the Search for Extraterrestrial Intelligence (SETI) initiative. The support that SETI enjoys is likely due to the fact that it represents something of an agnostic view of ET. Its primary goal is to detect signs of intelligent alien life, scanning the skies for electromagnetic waves in the hope that we can pick-up the signals of an alien civilization within our giant galaxy. But this method is riddled with difficulties and assumptions about the aliens themselves. For instance, there are the impracticalities of transmitting radio signals due to the power required to send a signal over vast distances, as well as determining what frequency to use. And just what are we supposed to be listening for exactly? And as for the aliens, assumptions abound! Their technologies would need to be relatively comparable to our own. They would also need to be living in a time period coinciding with our own civilization's existence - a big ask, considering the age of the universe compared with the age of humanity. And these aren't the only assumptions and limitations associated with the SETI project, but they're enough to give you an idea of the difficulties involved.

The idea that pulsars are an alien engineered form of galactic communication isn't greeted with much enthusiasm by the scientific mainstream. But scientific uber-maverick Paul LaViolette, author of The Talk Of The Galaxy, who has a background in astronomy, climatology, and systems theory, claims that the more we learn about pulsar signals, the more mystifying they become. Some of this strange behavior includes the intricacies of pulse sequencing observed by researchers that cannot yet be accounted for. Part of the problem may lie in the fact that observations of pulsars do not coincide with the models we've created. Astrophysicist Gerry Zeitlin, an advocate of LaViolette's work and firm believer in the status of pulsars as communication beacons, states that: "Out of some twenty different proposed theoretical models of possible sources of these pulsing signals, astronomers settled on the 'neutron star lighthouse' put forward by Thomas Gold in 1968." If LaViolette is correct in his idea that pulsars are galactic markers created by an alien civilization, then this analogy of pulsars as lighthouses, at least functionally, may not have been far off the mark.

Pulsars do make good candidates for communication beacons. They can emit a signal for millions of years, so they overcome the problems associated with traditional radio wave transmissions. And the long life span of pulsars also has an additional benefit; it circumvents the simultaneity of existence problem.

If you don't buy into ETs being able to manipulate the universe in such a way so as to create pulsars from scratch, there are always Carl Sagan's ruminations to ponder on. Sagan said that it is unnecessary to create the pulsars themselves in order to take advantage of their communications potential. "Has anyone examined systematically the sequencing of pulsar amplitude and polarization nulls? One would need only a very small movable shield above a pulsar surface to modulate emission to Earth. This seems much easier than generating an entire pulsar for communications. For signaling at night it is easier to wave a blanket in front of an existing fire than to start and douse a set of fires in a pattern which communicates a desired message." Sagan was always such a smarty-pants, particularly in the context of the recent discovery of a maser modulated pulsar.

So if pulsars are in fact communications devices or lighthouses, what possibly crucial messages are we missing? Is the universe about to end? Are they transmitting coordinates that will lead us to another civilization? Has a mysterious scientific cabal already decrypted their messages and is keeping them secret (where's my tin hat!)? Or maybe they're just broadcasting things like "Eat At Joe's."