Fear And Loathing At The Patent Office

Thanks to school textbooks, patents, popular wisdom and historical apathy; there is usually only a sole inventor ever attributed to any one invention. But the reality of the situation is that true "Eureka!" moments are the stuff of legend, and that new inventions are cumulative accomplishments involving many individuals from varying disciplines. So, at the risk of making a whole slew of trivia board games obsolete, let's take a look at five historical figures and their tenuous grip on the inventions credited to them. 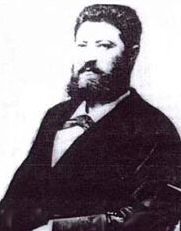 It is commonly accepted that Count Ferdinand von Zeppelin invented the Zeppelin airship. This seems like a rock-solid claim considering his name, but then the 4th Earl of Sandwich is often incorrectly credited with "inventing" that meat-stuffed-between-two-pieces-of-bread thingamajig.

In fact, Zeppelin arrived at the idea for his flying machine after observing dirigible (French for "can be directed") balloons in use during the 1870-1871 siege of Paris, and during the American Civil War before that.

When Zeppelin finally began designing his airships in earnest, he followed closely the designs of aviation pioneer David Schwarz (pictured), who had developed and tested the first dirigible aircraft in 1897. Even though one of the propeller belts broke during the test flight (causing the aircraft to crash), Schwarz's airship was warmly received by the German government who intended to build fleets of them.

But the Schwarz airship was not to be, however, as Schwarz died of a heart attack soon after (some say that his heart attack was brought on by the good news from the German government). Consequently, Zeppelin bought the airship plans from Schwarz's widow, and the rest, as they say, is history. 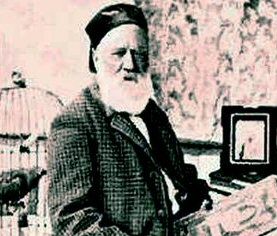 Even in his own country, Bell was besieged with claims that others had invented the telephone before he did. One of the strongest challenges came from Professor Amos E. Dolbear, whose telephone design emerged at least 10 years before Bell's.

Even Dolbear's device appears to be based on the prior work of a German inventor called Philip Reis. Reis invented the "Reis telephone" in 1860 and it is considered by many to be the true inspiration for modern telephonic devices.

As the court battles raged, Thomas Edison threw his hat in the ring by acknowledging Reis' invention in regard to his own work on the carbon microphone. Edison stated that the inventor of the first telephone was Philip Reis, but the device's transmission was; "only musical not articulating" and the first public display of a "telephone for transmission of articulate speech was by A. G. Bell." To confuse things further, Edison credits himself with inventing: "the first practical commercial telephone for transmission of articulate speech."

But recently, another contender has emerged. In 2002, The Guardian reported that the US congress now recognized impoverished Florentine immigrant Antonio Meucci (pictured) as the true inventor of the telephone. "Historians and Italian-Americans won their battle to persuade Washington to recognize a little-known mechanical genius, Antonio Meucci, as a father of modern communications, 113 years after his death," reported The Guardian, adding that in Meucci's homeland, Bell had been outed as; "a perfidious Scot who found fortune and fame by stealing another man's work." Ouch! 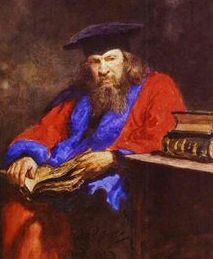 Dmitri Mendeleyev (pictured) is widely credited with inventing the periodic table, but as science historian John Gribbin says; "The story of the discovery (or invention) of the periodic table is a curious mixture, highlighting the way in which, when the time is ripe, the same scientific discovery is likely to be made by several people independently, but also demonstrating the common reluctance of the old guard to accept new ideas."

Incredibly, both English industrial chemist John Newlands and French mineralologist Alexander Beguyer de Chancourtois both cottoned on to the idea that arranging the elements according to their atomic weight produced a repeating pattern. They found that elements separated by atomic weights that are multiples of 8-times the atomic weight of hydrogen had similar properties. But despite what seemed to be an amazing simultaneous discovery, papers from both scientists were ridiculed when published.

So, this must be the part where Mendeleyev picks up the pieces and successfully runs with the idea, right? Well, as it happens, no. As Gribbin says; "Mendeleyev was not even the third person to come up with the idea of the periodic table." The third contender was German chemist and physician Lothar Meyer, who apparently lacked confidence in his radical idea regarding the relationship between the property of a chemical element and its atomic weight. Gribbin says that by the time Meyer got around to doing something with his idea, it was too late. Mendeleyev had finally made his way onto the stage and presented his own version of the periodic table, apparently blissfully unaware of all previous efforts made during the 1860s.

While there may have been a few sour grapes, Meyer admired the "chutzpah" that Mendeleyev exhibited in going that extra mile by leaving gaps in the table to be filled by as yet unidentified elements. 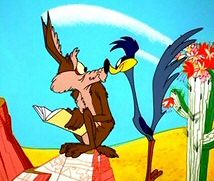 Sometimes having your name attributed to an invention comes down to defining what it is that you are trying to achieve. This is partly why, after many years, controversy still exists over who invented and "flew" the first airplane. The question in this respect is not who was able to merely stay in the air the longest (a glider can do that), but rather which contraption could fly under its own mechanical power, and also, which was flown under control.

Orville and Wilbur Wright hold dibs on being the first men to fly an airplane on December 17, 1903, but it's the lesser-known contenders that make this story so interesting. Other than the Wright Brothers, there was Alberto Santos-Dumont, Clement Ader and Samuel Pierpont Langley.

Langley liked to experiment with rubber bands and catapults to launch his heavier-than-air flying machines, which all sounds very Wile E. Coyote. On May 6, 1896, under the watchful gaze of his friend Alexander Graham Bell, Langley launched his unmanned, steam-powered Aerodrome Number 5 into the air, using a catapult that sat atop a houseboat in the middle of the Potomac River. The aircraft flew for 1 minute and 20 seconds, covering a distance of over 3,000 feet. A similar attempt using a gasoline model, just days prior to the Wright brothers historic flight, ended in disaster, with Langley's catapult malfunctioning and sending his plane to the bottom of the Potomac River.

Clement Ader's aircraft designs had bat-like wings with a steam engine attached to a 4-blade propeller. He apparently took his craft, the Eole, for a spin in 1890, reporting that he managed to take-off and fly approximately 165 feet, though eyewitness accounts are somewhat less positive. A later attempt in 1891 reportedly resulted in a flight covering 330 feet, at a nosebleed-inducing altitude of 6 inches. Prophetically, even at this low altitude the flight ended in a crash landing.

Out of all the magnificent men in their flying machines, none was more convincing than Alberto Santos Dumont. He built an aircraft comprised of 3 box kites held together by bamboo poles that was powered by a gasoline engine. In 1906, just outside Paris, Santos Dumont took off into the air and flew 722 feet in front of witnesses who officially documented the event. The French government later stated that this was the first time a human had flown a heavier-than-air machine, which brings us back to the Wright brothers.

The Wright brother's aeronautical claim to fame is, at best, a shaky one. According to one of the five non-qualified witnesses observing the Wright brother's 1903 flight, the pair only managed to attain a power glide, after launching their plane down a sand dune and into a head wind. This testimony, however, is unlikely to dampen the enthusiasm of numerous Wright brother advocates. 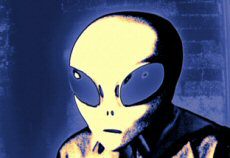 Who started the solid-state electronics revolution? If you answered William Shockley, John Bardeen, and Walter Brattain... well, you'd be right. But if you said that they established solid-state amplification then you'd be wrong.

If this were a list of the most important inventions ever developed, then the transistor would certainly be somewhere near the top of the list. In fact, it would be very difficult to live the way we do without the transistor, as it plays a pivotal role in all of today's electronic gadgets. Bipolar junction transistors (BJTs) and field effect transistors (FETs) are two main categories of transistors, with patents for in-principle FETs being registered in 1928 by physicist Julius Edgar Lilienfeld, and Dr. Oskar Heil in 1934.

As with a lot of basic scientific research, these patents were ignored by industry on their first outing. Interestingly, Bell Labs patent records show that Shockley had a hand in developing a working version of Lilienfeld's design, but failed to acknowledge this in later research. As we now know, in 1947, Shockley, Bardeen, and Brattain then went on to invent the point-contact transistor at Bell Labs, which exhibited "odd" behaviour that is apparently still not entirely understood today.

How odd? Well, odd enough for Jack Shulman, the president of the American Computer Company, to suggest that transistor technology is out of this world. Yes, that's right. Aliens! More specifically, Shulman believed that the transistor could not have been developed so suddenly, and believes that it is the result (along with lasers and the integrated circuit) of reverse engineered technology sourced from the alleged UFO crash site at Roswell.