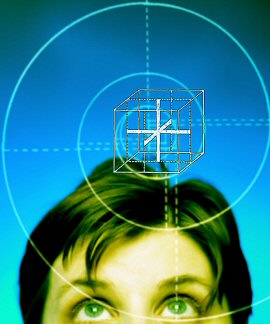 With Intelligent Design, Irreducible Complexity and politically manipulated science receiving widespread uncritical media coverage, how does the average woman on the street distinguish between science, pseudoscience or doctored data? You need to be a mind reader to see the truth behind some of today's research findings. And if you can read minds, you probably know already that this week's column is about the paranormal and whether it can - or should - be explored on a scientific basis.

The paranormal has played on the minds of people for centuries, and has had huge success in keeping folks entertained in popular fiction. But phenomena such as telekinesis (moving objects with your thoughts) fly in the face of our understanding of the physical sciences. Nonetheless, the philosopher Arthur Koestler, a fervent advocate of parapsychology, wrote: "In 1973 the New Scientist, that much respected English weekly, sent out a questionnaire to its readers, inviting them to express their opinions on the subject of extra-sensory perception. Out of the 1500 readers - nearly all of them scientists and engineers - who answered the questionnaire, 67 percent regarded ESP either as an "established fact" or "a likely possibility." Koestler adds that, in 1969, the American Association for the Advancement of Science affiliated itself with the Parapsychology Association. Not surprisingly, after parapsychology was afforded such credibility by the scientific establishment, a number of prominent universities grasped the new area of research with both hands and have run with it ever since. One of those universities was Princeton.

Parapsychology and the paranormal inhabit a twilight zone between science, pseudoscience and outright chicanery. But despite the paranormal's decidedly patchy track record, Princeton University boasts one of the longest established research centers, known as Princeton Engineering Anomalies Research (PEAR). After 25 years of researching oddities and anomalies, researchers at PEAR are understandably rather sensitive to questions relating to their work (Ghostbusters probably didn't help). But despite some initial defensiveness, PEAR's representative was happy to talk about the scientific methods behind their research.

Robert G. Jahn, then Dean of the School of Engineering and Applied Science, established the PEAR program at Princeton in 1979. According to PEAR, their mission is to: "pursue rigorous scientific study of the interaction of human consciousness with sensitive physical devices, systems, and processes common to contemporary engineering practice. Since that time, an interdisciplinary staff of engineers, physicists, psychologists, and humanists has been conducting a comprehensive agenda of experiments and developing complementary theoretical models to enable better understanding of the role of consciousness in the establishment of physical reality."

Einstein said: "Imagination is more important than knowledge," but just how far can this go? In his The Logic of Scientific Discovery, the philosopher Karl Popper doesn't contradict Einstein, and has no qualms about how a new idea or hypothesis is acquired. "The initial stage, the act of inventing a theory, seems to me neither to call for logical analysis nor to be susceptible of it," he begins. "The question how it happens that a new idea occurs to a man - whether it is a musical theme, a dramatic conflict, or a scientific theory - may be of great interest to empirical psychology; but it is irrelevant to the logical analysis of scientific knowledge." Does this mean that any idea can be imbued with an air of legitimacy just because it is being investigated scientifically? 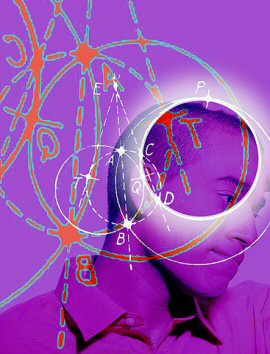 PEAR's main area of research, together with remote perception (RP), is referred to as "human/machine anomalies." Researchers in this area study whether the human mind - the consciousness - of an operator can affect the machinery that they use. "In these experiments human operators attempt to influence the behavior of a variety of mechanical, electronic, optical, acoustical and fluid devices to conform to pre-stated intentions, without recourse to any known physical processes," explains the PEAR website. Intriguingly, the PEAR team claim, based on mountains of data collated over a 25 year period, that: "In unattended calibrations these sophisticated machines all produce strictly random outputs, yet the experimental results display increases in information content that can only be attributed to the influence of the consciousness of the human operator."

PEAR's Laboratory Manager, Brenda Dunne, explains that PEAR is trying to: "acquire reliable quantitative data indicating whether or not human consciousness is: 1) capable of affecting the outcome of random physical processes, or 2) accessing information about remote locations without recourse to sensory channels.� Over more than a quarter of a century of research, we have accumulated several extremely large databases, collected under tightly controlled conditions, which provide statistically significant support for both of these hypotheses, even though we do not yet fully understand the mechanisms whereby they occur."�Cue spooky music.

But there have been a number of significant challenges to PEAR's research that raise both methodological and statistical issues. One detailed review, written by George P. Hansen, Jessica Utts, Betty Markwick, concluded: "The PEAR remote-viewing [RP] experiments depart from commonly accepted criteria for formal research in science.� In fact, they are undoubtedly some of the poorest quality ESP experiments published in many years. The defects provide plausible alternative explanations.� There do not appear to be any methods available for proper statistical evaluation of these experiments because of the way in which they were conducted." Ouch.

There are other troubling assessments of PEAR's scientific procedures, but it is not the intention of this article to dwell on whether PEAR did or did not use proper scientific procedure (while acknowledging its significance), but rather, whether anything and everything should be fair game for scientific observation.

While imagination may be more important than knowledge, there are some fundamental ways to decide what can and cannot be scrutinized scientifically. One could argue the most important criteria to be repeatability and falsifiability. The PEAR team say that even though the observed effects of human/machine anomalies are very small, "a few parts in ten thousand on average," and RP experiments described only as being "beyond any chance" (in fact, one of PEAR's many papers on the subject claims that the phenomenon of RP has "now been demonstrated"), the experiments are considered "statistically repeatable." But at PEAR, "repeatable" can be an ambiguous word.

"The statistical evidence for the acquisition of an anomalous component of information is very persuasive, but as in the human/machine experiments, the effects are not replicable in the usual sense of strict scientific repeatability.� Of course, most conventional science only demonstrates statistical replicability, but this fact tends to go unacknowledged by those who insist that in this field we must be able to produce effects on demand before the data can be accepted as legitimate!" exclaimed Dunne.

So, whether PEAR's experiments are replicable or not is left hanging in the air; it just depends on how you interpret "replicable." Skeptic and author of Science Friction, Michael Shermer, says: "When I look closely at such research�, I find that the experiments are nonreplicable and that the rare significant effects are very slim and when other researchers try to replicate the results, they can't. This is a sign of pseudoscience, or at least bad science," said Shermer.

What also cannot be ignored are the minute anomalies, supposedly associated with PEAR's human/machine experiments, surfacing from such a huge body of variables. The question of whether such tiny amounts of anomalous behavior over such a long period of time (25+ years) is not a little disheartening does not seem to bother Dunne. "To that," says Dunne, "I would simply point out that most of contemporary science deals with extremely tiny effects within huge bodies of variables, yet their legitimacy as non-random, "real" effects is seldom questioned, i.e. quantum mechanics, high energy physics, molecular biology, chemistry, or genetic engineering.� The main difference between these fields and our own area of study is that those are theory-driven, where empirical studies are designed to confirm existing models.� Our work is data-driven, and presently lacks a theoretical framework that predicts the results for which one should be looking.� That does not make it illegitimate science.� To the contrary, our approach is actually more consistent with the principles of the scientific method, where data and theory are intended to inform each other in an iterative manner."

When asked if PEAR had any idea where these mysterious anomalies come from, or any explanation as to how they may have cropped up, Dunne explains that: "we simply do not yet know the reason for the anomalies or their operational mechanisms.� But they are very much worth studying, because they are telling us that our current models of reality are evidently incomplete and we still have a few things to learn." This response is no surprise to Shermer. "Needless to say," he responds, "believers in PSI have no mechanism to explain how it is supposed to work."

Popper and Einstein are correct in that all science progresses through various stages, from inspiration to theoretical proof. The researchers at PEAR have certainly worked very hard at trying to prove the existence of human/machine anomalies and RP, but would seem to have little to show for their efforts. It appears on the face of it that PEAR is doing legitimate science, but to what end? And where does it end? When do you hang up your electrodes and call it a day? Perhaps Dunne is correct to claim that any field of science could legitimately be asked the same question.