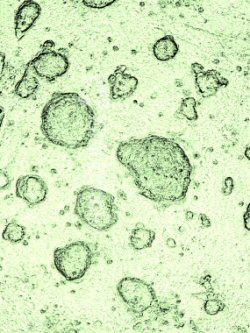 Australian boffins were cock-a-hoop this week over the fossilized 3.5 billion-year-old life forms that they found; despite detractors saying that the fossils may not be organic matter. As Bones, of Star Trek, was fond of saying; "It's life Jim, but not as we know it."

Defining when "life" emerged from ye olde primordial broth is a nebulous business. Thanks to the famous Miller-Urey experiment, we know that the basic molecules of life emerged roughly 3.7 billion years ago, and that this was made possible due to particular pre-biotic conditions on Earth at the time. From this simple foundation, phospholipids lead to lipid bilayers, which in turn produced the fundamental structure of cell membranes.

The next important phase involved the production of RNA molecules and ribozymes capable of self-replication. These processes comprise the fundamentals of early organic molecule formation, but there are numerous models that use them in varying ways. There are, of course, advocates of alternative theories for how life on Earth came into existence, such as panspermia, which states that the Earth was seeded with life from outer space.

Whether it began on Earth, or fell from the skies, scientists are continuing to seek out life's earliest examples. Researchers from the University of Queensland (UQ) hit the jackpot this week when they reported finding primitive forms of life dating back over three billion years. The UQ team, led by geologist Dr. Miryam Glikson, found the specimens in the isolated Pilbara region of Western Australia - an area that has for many years been of immense interest to origin of life researchers.

The find has been hailed as one of the most conclusive of its kind, and not without good reason. Glikson says that the rocks in which the specimens were found are intact and with negligible alteration. According to Glikson, the Pilbara region is one of only two locations - the other being Barberton in South Africa - in the world in which you can ever hope to find such high-quality specimens. "What we have found is the first visual confirmation of primitive microbial communities in what is considered to be the best preserved ancient organic matter on our planet," boasts Glikson.

Glikson's find is already attracting controversy, with detractors saying that what the team found was not early life, but rather material that is essentially inorganic in origin. But Dr. Sue Golding, Director of UQ's Stable Isotope Laboratory in the Division of Earth Sciences, says that Glikson's specimens underwent complex, and thorough testing procedures, quite unlike previous tests on similar material that only suggested microbial involvement. "The integration of observational and micro-analytical techniques is unique to our approach," explained Dr. Golding. "We used difficult and time-consuming electron microscope techniques to conclusively confirm the microbial remains."

Determined to silence the naysayers, Glikson took the confirmation process a step further; comparing her fossil samples with ocean floor microbes similar to those that would have existed 3.5 billion years ago. "The microbiologists on the team cultured currently existing primitive microbes under simulated conditions to those of the ancient forms of life," explains Glikson. "A remarkable resemblance was found between the structures of the cultured microbial entities at their stage of disintegration and those of the ancient microbial remains." 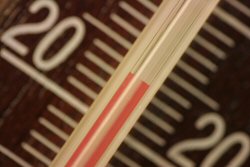 Meanwhile, researchers from Rutgers University and Boston University contend that we may not need to mess around with fossils, as there could well be living examples of ancient life forms encased in mega-vintage ice. In a paper appearing in the Proceedings of the National Academy of Sciences this week, the team explains how they not only managed to find glacially entombed microbes in the Antarctic, but that they revived them as well. Kay Bidle, assistant professor of marine and coastal sciences at Rutgers, explains that their microbial search and rescue mission is significant, because until now, researchers really weren't aware what kind of damage that ancient frozen microbes underwent, let alone toying with the idea of reviving them.

The team began by defrosting sections of Antarctic ice aged from around 100,000 to 8 million years old, so that they could examine the microbes within. "First, we asked, 'do we detect microorganisms at all'," explains Bidle. "And we did - more in the young ice than in the old. We tried to grow them in media, and the young stuff grew really fast. We recovered the microorganisms easily; we could plate them and isolate colonies. They doubled every couple of days."

The team did find, however, that the older microbes were a little worse for wear, which, they explain, was due to DNA deterioration over time. Unlike the younger samples that doubled every couple of days, the microbes housed in the older ice doubled more slowly (taking 70 days). What the team discovered was that glacially entombed microbes deteriorate exponentially after 1.1 million years. "There is still DNA left after 1.1 million years," says Bidle, "but 1.1 million years is the 'half-life' - that is, every 1.1 million years, the DNA gets chopped in half." She adds that this factor; "constrains the geological preservation of microbes in icy environments and the possible exchange of genetic material to the oceans." 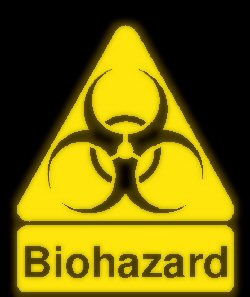 So while it might prove difficult to reawaken really old microbial communities, there would seem to be plenty of scope to bring their younger brethren back to life. But would this be such a good idea? Let's suppose for a minute that locked away somewhere in these glaciers are ancient pathogens, just waiting to be unleashed on an unsuspecting population. As the microbes may be up to a million years old, we, and any other species, would not have any immunity to them - even the younger 100,000-year-old samples would lead to the same scenario. Disaster! Yes, the glaciers need to melt for such a scenario to occur, but recent research claims that global warming will really start to kick-in after 2009 - goodbye glaciers.

How likely is it that ancient, glacially entombed microbes could start an unstoppable epidemic? Dr. Charlene Kahler, a University of Western Australia microbiologist, says that answers to such a question could only ever be speculative. "Until they are sequenced and characterized it is hard to say," says Kahler. She suggests that the real threat may be more insidious. "Can they potentially contribute DNA information to clinically important microbes?" she asks.

Evidence suggests that microbes can readily exchange mobile DNA, thereby creating what is referred to as metagenome. Eventually, given the right set of circumstances, this mobile DNA can enter into clinically important microbes and can contribute to their ability to cause disease. It is very likely that if these ancient microbes can grow in our environment - and this appears to be a big if, since they have not been found so far in our current environment - then they are more likely to contribute to the environmental metagenome.

DNA from ancient microbes getting mashed-up with modern microbial communities and creating death-dealing pathogens? Who knows, but it's probably another good reason to decrease your carbon footprint and keep the buggers locked up in the ice.

Related articles:
Bow To Your Insect Overlords!
Metagenomics: The More The Merrier
Is Evolutionary Development Like Flat-Pack Furniture?
Into The Shadows - Searching For Alien Life On Earth
It Came From Outer Space
Volcanic Clay May Have Served As Womb For Emergent Life