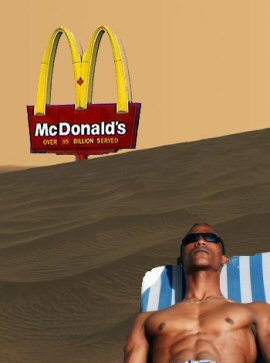 A manned mission to Mars sounds like a pretty irresistible proposition. And yes, we have the technology to get there. But if just getting there were the only logistical concern that NASA (or anyone else) had, then Mars would probably have a McDonald's by now. Forget all those sci-fi depictions of manned Mars missions, where aliens, asteroids or a faulty airlock pose the most serious problems. A real manned mission to Mars, or even one to the moon, would involve something much more dangerous - radiation.

In an article appearing late last year in the journal Space Weather, a Dr Claire Foullon and colleagues warned that scientists' were unable to accurately predict "weather" conditions in space. Meaning that astronauts on their way to Mars could be subject to potentially lethal, or cancer causing, levels of galactic cosmic radiation (GCR) and solar particle events (SPEs). The worst form of the latter event follow what are known as coronal mass ejections (CMEs), which are comprised of massive clouds of material ejected from the Sun that produce dangerous, high energy, charged particles.

Foullon draws our attention to one of the largest CMEs ever recorded, erupting in-between NASA's manned Apollo 16 and 17 missions, in 1972. Subsequent simulations showed that if the CME had occurred during one of the missions, the astronauts would have experienced lethal levels of radiation after only 10 hours. It appears that it was sheer good fortune that saved them.

Past missions, such as the moon landings, shuttle missions, and the International Space Station (ISS) do nothing to negate radiation concerns as these missions were either conducted in a low earth orbit (where the Earth's magnetic field provides a high level of protection), or were short trip missions, as opposed to much longer, outpost missions.

But Mars Society founder, Robert Zubrin, who has a PhD in nuclear engineering, says that these potential radiation risks are overplayed by a scaremongering news media. "Radiation is not a show-stopper for a human Mars mission," stressed Zubrin. He explains that not only is it currently possible to conduct a manned mission to Mars comprised of a 6-month outbound trip, an 18-month stay on Mars, and a 6-month return, but that the radiation levels experienced: "represent about a 1 percent incremental risk of future cancer to each member of the crew, roughly half the threat posed by sustaining a smoking habit over the same 2.5 year period."

But as the founding member of the Mars Society, and author of the highly influential The Case For Mars - where Zubrin presents a very convincing case for Mars habitation - is Zubrin too close to his subject? Are radiation factors really so negligible?

Robert Rapp has a long history with NASA's Jet Propulsion Laboratory (JPL), and has played a central role in its continued exploration of Mars. His expertise lies in chemical engineering and chemical physics, but his participation at JPL includes Mars rock distribution analysis, conversion of the Martian atmosphere to propellants, the planning for Mars Sample Return missions, and systems engineering for new flight missions. Rapp's most recent success was as Proposal Manager for the Deep Impact mission, which, in his own words, was a "spectacular success in 2005." Rapp's involvement with Mars initiatives is extensive, and his desire to see a manned mission to Mars in his lifetime is probably as strong as the next guy's, but he has reservations. Namely, he believes that radiation levels and radiation events are limiting factors that are not taken seriously enough by NASA, let alone Mars Society advocates.

Rapp says that there are no real guidelines for acceptable radiation exposure in space, explaining that: "The standards presently adopted by the National Council on Radiation Protection and Measurement (NCRP) for low Earth orbit (LEO) are based on the 'point estimate' for the levels of radiation that would cause an excess risk of 3 percent for fatal cancer due to this exposure." But Rapp points out that if the exposure levels for a fatal cancer are 3 percent, then the exposure levels for a latent cancer are likely to be significantly lower. The uncertainty of figures relating to the supposed dangers must be considered cautiously. After all, we are sending humans out there.

Rapp emphasizes that past estimates measuring radiation levels during manned missions relied upon "point estimates," which have since been dropped by NASA in favor of using the 95th percentile confidence interval (CI). A 95 percent CI radiation dose is typically measured at roughly 3 to 4 times the point estimate, says Rapp, which has a significant bearing on predicting safe exposure levels experienced by astronauts in space, in space behind shields, and shielded on the lunar or Martian surface behind various shields or within habitats. "The current uncertainty in risk predictions is estimated to be as large as an order of magnitude," says Rapp.

In identifying the inherent uncertainties associated with radiation exposure during manned space missions, Rapp has addressed a problem that he believes is given scant regard by others. "Radiation shielding is the most overlooked feature of proposed interplanetary vehicles. NASA and space industry mission planners consistently underestimate the radiation hazards on a trip to Mars, particularly from GCR; and thus minimize the shielding to protect against this exposure," says Rapp.

The problem is that if radiation is accepted as a significantly dangerous factor, then shielding should be a no-brainer. But shields add an extra weight factor to the mission, and therefore add extra costs to mission budget estimates. A lot of research has been done on identifying what kinds of shielding are most economical. The best option is where the shielding material also adds to the structural integrity of a ship as a whole. "When any material used as a radiation shield can serve a dual purpose, mission costs can usually be reduced," says Rapp. "For space radiation shields, materials with high hydrogen content generally have greater shielding effectiveness, but often do not possess qualities that lend themselves to the required structural integrity of the space vehicle or habitat." Rapp adds that graphite nano-fiber materials heavily impregnated with hydrogen may one day form the basis of future spacecraft shielding. But for now, radiation tests are predominantly conducted using aluminum or regolith shielding (virtually all of the lunar surface is comprised of regolith).

Unfortunately, for all those who would love to see either a moon or Mars base under construction, Rapp concludes that while current shielding technologies can mitigate some of the radiation factors: "The recent shift in emphasis from 'point estimates' to 95 percent confidence intervals adds significantly to the challenge in designing human space missions." Rapp estimates that: "A 400-day round trip transit to and from Mars, and about 560 days on the surface... with 15 g/cm2 of aluminum shielding [would equal] about double the allowable annual dose for each leg of the trip to and from Mars." At the very least, Rapp says that at this time: "radiation effects and the effectiveness of shielding remain uncertain."

But Mars Society member Richard Reifsnyder likes to look at the bigger picture, pointing out: "It actually makes the most sense to accept the radiation risk on the Mars mission, since after all this is a journey into the unknown, and the risk of radiation is mild compared to the dangers that explorers on Earth have faced in the past - and overcome."

Perhaps he's right. No pioneering enterprise involving humans has ever been without some level of risk to life and limb. In fact, the 6-month round trips to Mars sound very similar to the hazardous tall-ship journeys undertaken by colonizers hoping for a new life in a new world. As Colonel Carl Jenkins in Starship Troopers says, "Listen, boys and girls, we're in it for the species."