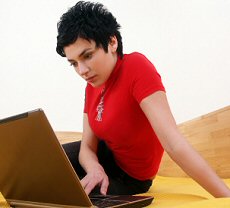 For good or ill, both the Agricultural and Industrial Revolutions were immutable world-changing events, so it would seem that the Information Age has a lot to live up to. But unfortunately, things aren't looking good on that front. Dispatches from intellectuals and researchers in the trenches of the Knowledge Revolution are painting a grim (screen based!) picture of what lies ahead for humanity.

Rapidly developing information technologies are profoundly influencing everything from education, relationships, politics and media. But do we understand how the decreasing number of "real" interactions we engage in is affecting us, and could these new modes of communication and entertainment be affecting our kids at a fundamental biological level?

One Australian academic claims we are devoting our attentions to the basest aspects of what the latest revolution has to offer. In an age that should be overflowing with creativity, knowledge, and understanding, Dr. Barry Jones, Vice Chancellor's Fellow at the University of Melbourne, and highly respected intellectual, sees little evidence of these positive traits. In fact, rather than viewing the Information Age as a force against the puerile, he believes it is dominated by: "a decline of sustained critical debate on issues leading to gross over-simplification, the relentless 'dumbing down' of mass media, linked with the cult of celebrity, substance abuse and retreat into the realm of the personal, and the rise of fundamentalism and an assault on reason." Phew. But is he just another dusty old academic who's resistant to change?

Being no fool, Jones does realize the potential benefits of information technologies in education, recognizing what he calls "16 areas of advantage", which include: "data access, speed, precision, networking, boredom concealer and giving students control of the learning process." However, says Jones, "dependence (or over dependence) on technological artifacts may leave some negative consequences such as fortification of alienation, limited imagination, and a discouragement of reading." 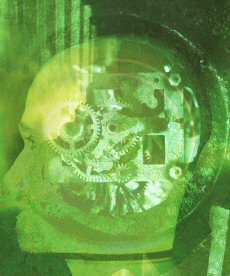 This is not really surprising, according to the University of Michigan's education Pooh-Bah, Dean John L. King, the head of that institute's Information Revolution Commission, who admits that no one knows what the world will look like after this revolution in education. "We will have to learn by doing, through experimentation," he said. "There are no 'best practices' available, because the technology and our approaches to using it are all new and constantly changing."

But perhaps elite educators should be looking under their own noses for some of the fallout from our love affair with screens. Sociologists point to the phenomena of game-head killers, like those at Columbia and Virginia tech. These researchers are morbidly intrigued by the unfortunate dual capacity for video games to foster both isolationism and a high weapon-proficiency in juveniles that have rarely, if ever, used such weapons. As Barry Jones says of the V-Tech shooter Cho Seung-Hui; "He had the technological capacity to communicate with millions, but felt unable to make personal contact with individuals."

Jones believes that children using new communications technologies and video entertainment are at a distinct disadvantage as far as human relationships go, and in this respect he may be right. From a very early age, children are conditioned to look at a screen for long periods. Mirror-neuron interactions - fundamental to socialization and modes of interaction - are completely absent in these sessions. Interestingly, some new research coming from Wake Forest University demonstrates that toddlers watching television for the purposes of language acquisition - while being entertained - are not acquiring anything of the sort.

The study shows that without face-to-face human interaction, children do not pick up a host of necessary audio and visual cues to put their immediate environment into context. The study relates to young children watching Teletubbies specifically, but one could likely generalize to include numerous other "educational" television programs or interactive media. Marina Krcmar, associate professor of communications, says that parents could be limiting their child's development significantly by sitting them in front of the idiot box. 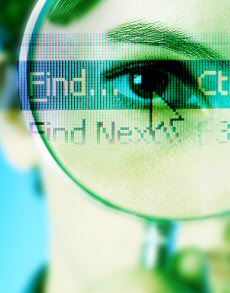 "With the tremendous success of programs such as Teletubbies that target very young children, it has become important to understand what very young children are taking away from these programs," says Krcmar. "We would like to think... that Teletubbies and other programs can teach initial language skills. That is not true." In the study, Krcmar found that children could really only pick up words from another adult. "During the early stages of language acquisition, and for children who still have fewer than 50-word vocabularies, toddlers learn more from an adult speaker than they do from a program such as Teletubbies."

The Information Revolution is well and truly upon us, but has anything really changed? It's been chugging along nicely ever since we devised systematic modes of communication (grunt! grunt!). What detrimental effect, if any, did the printing press, the telegraph, and the telephone have? As Michigan University's John King says, the most valuable lesson people can learn in regard to the information glut is how to be discriminating. "Literacy in the 21st century is not just being able to read, but being able to discern what's worth retaining." One might add to King's comment that the importance of face-to-face human interaction - particularly with children - should be recognized as fundamental to effective educational outcomes.