It's Life Jim, But How Do We Know It? 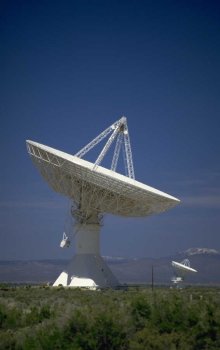 While SETI continues to scan the sky for that elusive broadcast from an extraterrestrial Howard Stern, some scientists believe we should be going back to basics to reassess what we might class as extraterrestrial life. Driving this reassessment of what we mean by "life" is the realization that Earth-like planets could be extremely rare in the universe, and that inhospitable (to us) planetary environments may be the norm. One of the pressing questions coming from this new paradigm strikes at the very heart of biology. Should we modify our definitions of "life" and biology's traditional tree of life model to accommodate the inhabitants of these alien worlds?

Using only "life as we know it" as a yardstick to assess the likelihood of other possible life in the universe is unscientific, says Professor Carol Cleland, philosophy professor and fellow at the NASA-funded CU-Boulder Center for Astrobiology. "It may be a mistake to try to define life, given [that] such definitions are based on a single example - life on Earth." Cleland believes that the best strategy to avoid this trap is by developing a "general theory of living systems."

Cleland explains that biologists today are content to define life using the "chemical Darwinian definition" that involves "self-sustaining chemical systems that undergo evolution at the molecular level." It's a limited definition, in Cleland's opinion, as life on Earth is likely a result of physical and chemical contingencies during the Earth's origin. "What we really need to do is to search for physical systems that challenge our current concept of life, systems that both resemble familiar life and differ from it in provocative ways," she said. 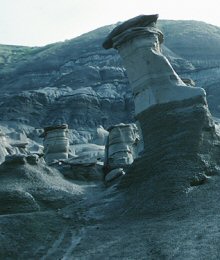 As it happens, that is exactly what a group of researchers have been trying to accomplish by exploring "unlifelike" locations on the Earth. The theory goes that if scientists analyse the types of environments here on Earth that cannot sustain life, they may have a better understanding of what an alien life form would need to survive on another planet. This process, theoretically, is supposed to inform astrobiologists as to what kind of life-systems may exist on planets such as Mars. "Earth is the laboratory for future discoveries on Mars. Without examining Earth's extreme environments, we wouldn't understand how processes worked to shape the landscape, chemistry and life at the limits. Without that understanding, we couldn't draw conclusions about how life can develop on other planets," said Jim Garvin, chief scientist at NASA's Goddard Space Flight Center. "By examining these windows to Mars, scientists step out of the vicarious and into real features on Earth that function similarly to those on Mars."

But the Mars analog project is an ambitious one, as the knowledge base is small and researchers have to try and gather data that will progress their understanding. "Looking for life on Mars is such a big task that we really had to start by building a knowledge base," said Garvin. "We started exploring Mars with Viking by asking some tough questions, which led to more complicated questions and more exploration. We have to think of it like school. We start in kindergarten learning the alphabet, and build from there. In kindergarten, we don't jump right into calculus."

Cleland recalls the trouble NASA ran into during the 1976 Viking 1 mission to discover alien life forms. After Viking conducted some automated biology tests on Mars that gave a positive reading for extra terrestrial microbes, scientists failed to actually find them. "Initially, the scientists were ready to break out the champagne," said Cleland. "But because subsequent investigations yielded baffling results that didn't fit the original metabolic definition of life they were working with, NASA eventually concluded the original signal was not evidence of life. This is an experiment that is still debated today, and it's a classic example of an anomaly."

It seems we may have a blind-spot when it comes to the identification of fundamentally different life forms. Cleland's own collaborative work, with CU-Boulder molecular biology Professor Shelley Copley, on alternative microbial life, suggests that a "shadow biosphere" may exist right here on Earth. If so, says Cleland, our current technologies might not be able to pick up these microbes that may have a completely different molecular architecture and biochemistry than known life. "If the DNA in an alien organism was even slightly different than the DNA in life on Earth, with a different suite of nucleotide bases to encode genetic information, we probably wouldn't be able to recognize it."

Researchers are now discovering a wealth of planets that could potentially harbor life, with a number of them even being classified as "Earth-like." "In the future," says Cleland, "astrobiologists surveying other planets will no doubt encounter non-living systems that are "really weird, and in such cases it's probably best to suspend judgment," says Cleland. "Instead of looking for life as we know it, scientists may be better served to look for anomalies, which amounts to looking for life as we don't know it."

As far as Professor Peter Ward, from the Department of Biology at the University of Washington (UW), is concerned, next to impossible might be a better way to describe the universe-wide search for complex, let alone intelligent, alien life forms. "Maybe we really are alone," is the very first line of Ward's, and co-author UW astronomer Donald Brownlee's, popular and thought provoking book Rare Earth, which claims that the possibility of humans coming into contact with extra-terrestrial life forms is remote at best. But as Cleland states: "The great strength of science is its tentativeness, and through history, it has been the careful analysis of anomalies that have eventually changed scientific paradigms." It's probably for this reason that Ward, while still maintaining his basic premise in Rare Earth, now acknowledges that life in other parts of the universe may take forms not previously considered.

Ward outlines in detail his own model for expanding the classifications for the biological "tree of life" in his latest book Life As We Do Not Know It, with new classifications that include organisms - such as viruses - previously not considered to be life forms. The new tree of life classification system would also include life derived from RNA instead of DNA, as well as life originating away from Earth; such as life forms based on elements other than carbon-hydrogen-oxygen-nitrogen. "To get to DNA life you had to go through non-DNA life, which we no longer have," Ward explained. "But just because a type of life goes extinct doesn't mean you don't classify it. Otherwise you wouldn't have dinosaurs on the tree of life. And until now, there hasn't been any place to put RNA life."

The current system accommodates only three tiers of classification from which all life is derived: bacteria, archaea and eukarya, with the latter accounting for all animals on Earth. But under Ward's system, all three classifications would fall under the title of "terroan," which would mean that the organism has an Earthly origin. "Ribosa" would be the new term to categorize RNA (ribonucleic acid), and yet another classification would cover all those organisms that have neither an RNA nor DNA structure. All of these titles would fall under the wider classification of type "arborea" that is either Earth based, or from elsewhere in the universe.

The new classifications for life are necessary right now, says, Ward, because alien life has already been created right here on Earth. Scientists have already outstripped nature by producing microbes with at least one amino acid beyond the 20 in the DNA of native Earth life. Other examples include genetically modified organisms, and the interesting case of reducing nature's complexity by creating life forms simpler than what is normally found on Earth. "We may never find other life away from Earth, but we have already made aliens on this planet and we will continue to do so at an increasing pace," he said. "In the last five years we've come to realize that we can make microbial life in a lot more ways than Mother Earth did." Ward seems to be of the view that humans have turned Earth into one giant laboratory capable of manufacturing its own alien life forms. "I hope people will wake up and realize this is a whole new biology. There's going to be a zoo of aliens on Earth in the next two decades just from what we make," says Ward.

What does this mean for the future of humanity? It would be ironic if the Earth conquering alien invaders of popular science fiction turned out to be aliens of our own making. Ward offers a frighteningly possible future scenario. "I suspect that most of the new 'aliens' will be manufactured weapons by DARPA (Defense Advanced Research Projects Agency). By changing just�a few things of traditional Earth life, very good weapons should be possible. Of course, the medical groups and pure scientists will make others. But it is troubling indeed to me."