Earth: Love It And Leave It 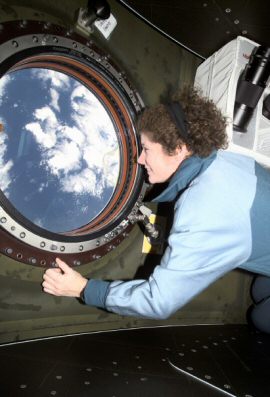 For a lot of folks, space is simply a waste of tax dollars. While millions battle poverty and disease, billions are spent in the name of lofty space-faring ideals held by elite astrophysicists and starry-eyed politicians. Environmentalists specifically take issue with the elephantine budgets blindly sunk into space exploration, which they believe could be better spent fixing Earth's more immediate problems, like climate change. But in his book, Space On Earth: Saving Our World By Seeking Others, astrobiologist Charles Cockell argues that both environmentalists and space explorers are really working toward the same end: the survival of the species.

In the early 70s film Silent Running, all plant life on Earth has been made extinct, except for a few salvaged species stored in geodesic domes aboard a fleet of space freighters orbiting Saturn. The crews are charged with tending the extraterrestrial forests until the eventual reforestation of Earth can begin. This is perhaps the most unfavorable of cooperative outcomes that we'd like to see between space-farers and ecologists, and collaboration between both camps before such a fragile scenario ever occurs would obviously be preferable. But as is pointed out in Space On Earth, the animosity between these two groups currently makes such cooperation difficult.

Cockell claims that the problem stems in part from how the ultimate aims of the two groups are portrayed and perceived as dichotomous. As a result, the future of Earth's environment and space pioneering have been understood and managed as two separate problems, when really they are one in the same. "Environmentalists and space explorers actually share the same overarching goal - the sustainable use of the environment around us; they just differ in the location they focus on," writes Cockell.

Cockell appears to be well qualified to mediate between the two parties, but unfortunately the battle-lines are not distinct, and surprisingly, it's an astronomer who presents the most lucid case against money being siphoned into space pioneering.

Bob Berman, the director of Overlook Observatory near Woodstock, New York, and columnist for Discover and Astronomy magazines, explains that unless you are obsessed with astronomy or work for NASA, the case for space exploration is a hollow one. While the data beamed back to Earth from remote space probes may very well be fascinating, it will not help in any way the 6 billion people who will read about it. Berman says NASA's philosophy on spending large sums of public monies on space missions is simple. "Don't ask, don't tell. When we talk about space missions, we say it's so we can learn about Earth. Discovering more about our planet puts a good face on the investment." Not mincing his words, Berman concludes that as far as the public is concerned, "Astronomy is a useless science." 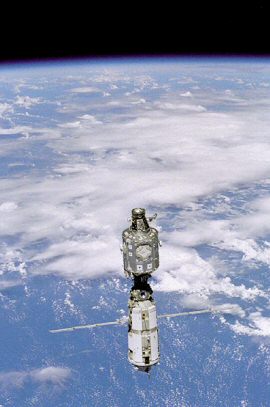 In one sense, Berman may be correct; few people on Earth today will benefit from investment in space exploration. But Berman is propounding a short-term view, that some, such as Cockell, might consider to be myopic. Cockell implies that without a vibrant space program we would be condemning future generations on Earth to a squalid existence. As populations grow and Earth's resources continue to dwindle, we would be crazy not to invest in harvesting the rich wealth of resources available on distant asteroids. "Some of these asteroids contain enough nickel and iron that they are, by themselves, worth over $1 billion," says Cockell. He estimates a monetary value not solely as an incentive in itself, but rather as an indication of the magnitude of resources readily available should humanity ever decide to seriously consider plundering far-flung regions of space. However, given that a recent study found a mere 2 percent of the world's population hold the bulk of the world's wealth, the remaining 98 percent might do worse than to question where this kind of exploration will ultimately lead.

Of course, changing a historical imbalance between the haves and have-nots might be expecting too much, and as Cockell suggests, the cooperation between space-farers and environmentalists can be beneficial in other important ways. One potential area of cooperation is the work on more efficient solar panels for Earth-bound homes, aimed at reducing the need for fossil fuels. After all, similar solar panels will also be needed to cope with the environment on Mars once human habitation begins. Cockell suggests that engineers from both camps would do well to work together on these state-of-the-art solar panels, as the problems they face are similar. Interdisciplinary trysts such as this are always fertile because; "their amalgamation would accelerate the improving conditions of humanity faster than each discipline acting separately." This would seem to suggest that the reason cooperation seldom occurs is because each views the other as a millstone around the other's ambitions.

As members of both camps are not likely to pack in their chosen field any time soon, perhaps this odd coupling could instead become a dynamic duo. There are many reasons for this, which the public have had the benefit of witnessing first hand with the recent discovery that there is evidence of liquid water on Mars. As Cockell explains, there are often environmental overlaps between the Earth and other planets, and scientists can exploit these similarities to their advantage. Looking at our own alien-like regions, such as intercontinental ocean depths that spew out water reaching temperatures of over 300 degrees Celsius, provides clues as to what to look for on other planets that could harbor life. To this end, the exploration of bizarre Earth environments could offer hard-won expertise to future space missions. "Without the guidance of Earth's environments, space agencies would be prodding in the dark, literally - wildly sending space missions to random planets and moons to seek life," writes Cockell.

It's clear throughout the book as to what benefit ecologists could bring to space exploration, while the Earth's environmental concerns almost always incidentally benefit from a trickle-down effect. The book screams; "populate other planets or perish!" with the caveat that we should do it cleanly and responsibly. There's nothing particularly wrong with this, but one wonders whether Cockell's argument to fuse the two disciplines is an attempt to benefit the survival of humanity as a whole, or just a more sophisticated version of Berman's; "tell them that another space mission will teach us about the Earth."

Cockell's message is, however, an uplifting one. Whether or not space-farers and environmentalists ever walk hand-in-hand into the sunset, it does seem inevitable that we'll continue venturing out into space. "Eventually," writes Cockell, "the terms 'space exploration' and 'environmentalism' will become obsolete. They will seamlessly melt together into an accepted way of thinking about human and other life in the universe - where the exploration of space is just part of a universal environmental agenda." Let's hope so!

Related Articles
Martian Dreaming
It's Life Jim, But How Do We Know It?
Lunar Prospects Up In The Air