Too Cool For The 21st Century 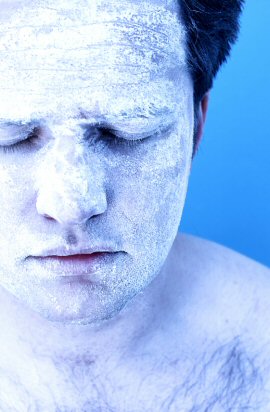 Medical science has come a long way. It can prevent or thwart many diseases, reattach limbs, transplant vital organs, and, for better or worse, keep patients alive long after their use-by date. But we're still a long way from attaining what is arguably the holy grail of medicine: extending the human lifespan beyond its natural limit. While a lot of knowledgeable people have predicted how long we could live for; nobody is really sure. But this hasn't stopped a number of people opting into a process that they hope will give them access to future medical assistance far beyond our current capabilities: cryonics.

Cryonics - often erroneously referred to as cryogenics - is what you might better remember as a convenient sci-fi plot device; think suspended animation or stasis, though neither is exactly comparable. But rather than journeying to a distant planet, cryonic aficionados will stay on Earth in the hope that they can be revived in the future and cured of whatever ails them in this life. Or even better, that future medical science might have found a way to give them immortality.

Robert C.W. Ettinger is widely considered the father of cryonics after he wrote The Prospect Of Immortality in 1962. He also founded the non-profit Cryonics Institute in 1976. The Cryonics Institute (CI) was set up to provide cryostasis services to anyone willing to cough-up the one-time fee of US$28,000-35,000. CI's cryostasis service freezes dead people to around minus 200 Fahrenheit, where, according to CI; "physical decay essentially stops." CI considers cryonics to be a "lifeboat" that will transport people to a future filled with medical wonders that; "should be able to restore and maintain people in a condition of youth and health." It sounds wonderful, but big questions remain as to whether cryonics can deliver.

It's not difficult to successfully freeze people at their time of death, but it's another thing entirely to reverse the process. CI themselves admit that there has never been a case where a cryopreserved mammal has been successfully revived. But they do point out that insects, vinegar eels, brain tissue, human embryos and individual mammalian organs have been revived, and remained functional, after cryopreservation. And anyway, the superior medical technologies of the future will take care of the revival process... won't they?

Suspending decay in the body is only possible if all chemical processes are halted, which requires a temperature below that of liquid nitrogen. As Hugh Hixon, from CI's rival, Alcor, explains: "For a suspension patient, the object of cryonics is to arrest time. It is never possible to do this completely, but our best is remarkably good. We cannot affect nuclear processes, such as radioactive decay, but for the period of time we are concerned with, radioactivity and its attendant problems are largely irrelevant. Our primary focus is on chemical processes."

Researchers have found that a cessation of chemical activity can be achieved by very slow cooling, but this can result in the formation of cell-damaging ice crystals. Nature has to some extent, found a way around this problem. There is a frog that can allow itself to completely freeze as part of its winter hibernation process, but it has a cell structure capable of accommodating the presence of destructive ice crystals. Humans and other mammals don't.

To get around this, Alcor use a vitrification technique that avoids the possibility of ice formation; a cold state known as the "glass transition temperature." But there are problems with this method too. Alcor have found that cryo-patients have an annoying tendency to fracture due to the extreme freezing process. But a recent finding about the nature of water could solve, or at least simplify, the process of cryonics, and make the cryopreservation of an entire human body a very real prospect.

University of Helsinki researcher Anatoli Bogdan has shown that water can produce low-density amorphous ice (LDA), or "glassy water." This is achieved by slowly supercooling diluted aqueous droplets. "For the first time," says Bogdan, "LDA [has been] reversibly produced in diluted H2SO4/H2O drops subjected to a cooling rate... smaller than that used before." When thawed, LDA melts into highly viscous water (HVW). These viscous water states could be just what the cryonics industry needs to address the ice crystal problem. "That HVW is not a new form of water [normal and glassy water are thermodynamically connected] may have some interesting practical implications in cryobiology, medicine, and cryonics," alludes Bogdan.

"It may seem fantastic, but the fact that in aqueous solution, [the] water component can be slowly supercooled to the glassy state and warmed back without the crystallization implies that, in principle, if the suitable cryoprotectant is created, cells in plants and living matter could withstand a large supercooling and survive," explained Bogdan. "In present cryopreservation, the cells being preserved are often damaged due to freezing of water either on cooling or subsequent warming to room temperature. Damage of the cells occurs due to the extra-cellular and intra-cellular ice formation which leads to dehydration and separation into the ice and concentrated unfrozen solution. If we could, by slow cooling/warming, supercool and then warm the cells without the crystallization of water, then the cells would be undamaged."

So that's one major hurdle on the way to being solved, but what of the human response to cryonics? CI says that their organization is not profit driven, and built more on the idea of "mutual survival." Interestingly, since the 70s, CI has only attracted 600-plus members and has only 74 actual cryopreserved people (including Ettinger's first and second wives, and his mother). It looks as though the human survival instinct does have its limits after all.

What impact Bogdan's research on LDA and HVW will have on cryonics is anyone's guess, but if any of us are around long enough it will be interesting to find out. But what is this obsession with our mortality anyway? The lifespan of a butterfly is anything from a few days to a few weeks. We somehow feel luckier that we live for many times that length, but in reality, when we are gone, how might we make such a comparison? Carpe diem.