Monkeying Around With Human Health 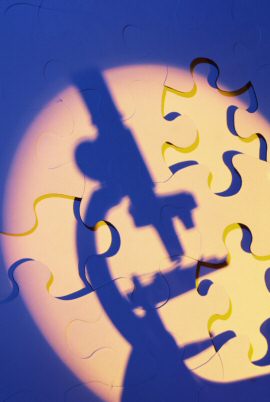 We're told that animal trials are crucial for the development of new drugs and medical treatments, but PETA horror stories and ethical dilemmas aside, a recent British Medical Journal study asks fundamental questions about the effectiveness and usefulness of animal research in regard to human health. The report suggests that the opportunities presented by animal research often go to waste because the trials are "poorly conducted" and not independently reviewed. Worse still, the results of animal trials may in fact be totally irrelevant to how the treatment will affect humans.

"If human beings had chosen to stop using animals for medical research 100 years ago, the world would be a very different place today," says the North Carolina Association for Biomedical Research (NCABR). It's a seemingly uncontroversial sentiment shared by research labs and medical professionals worldwide. And, just in case there are any doubts, the NCABR strengthens its case with a long list of diseases that we would still, presumably, be falling victim to had medical research not continued with animal testing. Babies would continue to be stricken with polio and cerebral palsy, insulin-dependent diabetics would be dead, coronary bypass surgery non-existent, the US would experience 1.5 million cases of rubella per annum, and 63.5 million Americans would be at risk of death from heart attack, stroke or kidney failure without the medications that control their high blood pressure. The list of serious illness and death in a world without animal testing goes on and on. So as long as you can live with the justification, as we all seem to, of using a lesser number of animals to save millions of human lives, the question of whether animal research is really necessary is a no-brainer. Or is it?

Most of us assume that animal-testing is an integral aspect of advancements in health. But after the systematic review of many such trials, researchers are now saying that factors such as biological differences between humans and other animals make such tests not applicable to humans. They also say that studies supporting the animal trials are of a poor quality, that animal trials are often run in conjunction with human clinical trials, and that clinical trials often went ahead despite some animal testing producing negative results. In short, this means that nobody is really any the wiser as to how a new drug would affect a human subject based on how that same drug affected an animal test subject. A recent drug trial involving six male volunteers that went horribly off-the-rails goes some way toward illustrating this point.

On March 13, at London's Norwick Park hospital, six men were given the experimental drug TGN1412, and soon after started experiencing serious side effects, such as vomiting, pain and organ failure. One man even blew up like a balloon, with one observer saying that he looked like the "elephant man." Soon after, critics displayed their disbelief at why a drug that had not been tested on humans before was administered in so cavalier a fashion. An enquiry was later set up to get to the bottom of the medical disaster, which culminated in the 2006 Medicines and Healthcare Products Regulatory Agency (MHRA) report. Recommendations included leaving longer periods in between administering drugs to multiple subjects, and administering smaller doses, but one of the more revealing aspects of the report was the section dealing with animal trials.

There is limited access to the MHRA report, but it did say that TGN1412 was tested on both rabbits and Cynomolgus monkeys before being tested on humans. Unless the drug company in question has Dr. Evil as their CEO, you'd have to assume that no adverse side-effects were exhibited by the animal subjects. This then is a scenario that many may view as evidence against the effectiveness of animal trials. Critics of animal testing argue that anatomical, physiological, cellular and biochemical differences make it difficult, if not redundant, to extrapolate the results of animal tests to humans. However, the MHRA report concluded that while there are problems that need to be addressed, animal testing can be of value. Authors of the MHRA report agree with the report by the Animal Procedures Committee, which states: "The scientific validity of animal experiments is a condition capable of being fulfilled, but has to be judged case by case and subjected to detailed critical evaluation."

Since then, the British Medical Journal published the work of a group of researchers who revealed the poor methodologies that are sometimes evident in animal testing. The authors say that while the public may believe that animal testing is inextricably linked to the treatment of human disease, there is little evidence to support this claim. Their systematic review notes that: "Few methods exist for evaluating the clinical relevance or importance of basic animal research, and so its clinical [as distinct from scientific] contribution remains uncertain." Lead author Pandora Pound, from the Department of Social Medicine at the University of Bristol, explains that without such evidence there is little reason to believe that such a link exists. In fact, Pound's research has shown that anecdotal evidence and unsupported claims - such as that the necessity of animal testing is "self evident" - are often used to justify animal testing.

To remedy this situation, Pound suggests a greater emphasis on systematic reviews of animal trials. She believes that these reviews can provide vital insights into the validity of animal research, while adding that such reviews should always precede clinical trials anyway. Pound presents numerous cases where subsequent animal testing reviews revealed: "no evidence of a clinically important effect," in areas such as stroke medications, laser therapy, stress and coronary heart disease medications. The fact that there was often no clinical benefit apparent from the animal testing has important implications for Pound. "This suggests that the animal data were regarded as irrelevant, calling into question why the studies were done in the first place and seriously undermining the principle that animal experiments are necessary to inform clinical medicine."

Worryingly, it seems that reviews of animal testing are still few and far between. In July 2006, the UK's Nuffield Council on Bioethics responded to the findings made by the MHRA report, claiming that there are a "relatively limited number of useful reviews currently available." The council made the recommendation that: "further systematic reviews and meta-analyses to evaluate more fully the predictability and transferability of animal models," was needed.

Evidence is the bread and butter of science, so it's quite confronting to discover that evidence supporting the necessity of animal testing - something that we take for granted - is so sparse and slap-dash. It's especially surprising considering that animal testing is so controversial at an ethical level. Whether an apathetic public will begin to take an interest in what would appear to be unnecessary animal testing remains to be seen, but perhaps that would at least increase the pressure for a more evidence-based approach to animal testing.