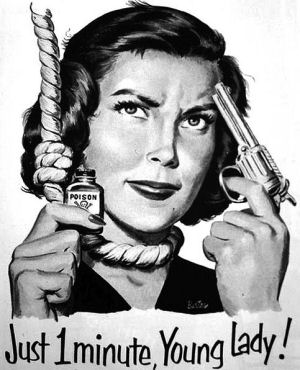 Snapping shrimp, naked mole rats, ants, honeybees, and humans - what do they all have in common? They all share a similar colony-like organizational system that biologists have termed eusociality. Eusocial species have been remarkably successful in both surviving and thriving through the use of colony-level cooperation.

Now, in an article recently published in Psychological Review, researchers argue that a tendency towards self-sacrifice among humans is adaptive in some situations - for instance, a firefighter willingly risking his or her life to save someone from a burning building.

These parallels in behaviour, say the authors, point to the possibility that suicide is one unfortunate step away from adaptive sacrificial behaviors. So when do individuals take this tragic step? According to the article, when individuals believe that others or society as a whole will be better off without them, they miscalculate the worth of their lives and conclude that their deaths will be more valuable. This misperception, in conjunction with a tendency toward self-sacrifice, may then result in the individual's death by suicide. This represents a devastating variant of what otherwise is an adaptive tendency.