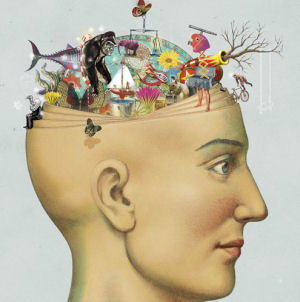 If there’s damage at any region that prevents this translation, then there’s the possibility that a long-term memory will not be formed. That’s why an individual with hippocampal damage (for example, due to Alzheimer’s disease) can recall events from a long time ago – things that were already translated into long-term memories before the brain damage occurred – but have difficulty forming new long-term memories.

That’s despite the fact that there is currently no way of “reading” a memory just by looking at its electrical signal. “It’s like being able to translate from Spanish to French without being able to understand either language,” Berger said.

The effectiveness of the model was tested by both the USC and Wake Forest Baptist teams. With the permission of patients who had electrodes implanted in their hippocampi to treat chronic seizures, Wake Forest’s Sam Deadwyler and Robert Hampson read the electrical signals created during memory formation at two regions of the hippocampus, and then sent that information to Song and Berger to construct the model. The team then fed those signals into the model and read how the signals generated from the first region of the hippocampus were translated into signals generated by the second region of the hippocampus.

In hundreds of trials conducted with nine patients, the algorithm accurately predicted how the signals would be translated with about 90 percent accuracy. “Being able to predict neural signals with the USC model suggests that it can be used to design a device to support or replace the function of a damaged part of the brain,” Hampson said.