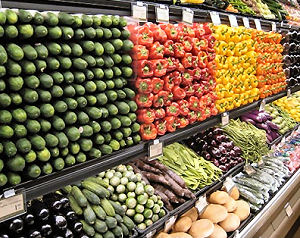 Bringing reusable bags to the grocery store can mean you're an environmentally friendly shopper. But a new study in the Journal of Marketing shows it also influences the things you buy. Specifically, bringing your own bags makes you more likely to purchase organic food - and junk food.

The study is one of the first to demonstrate that bringing one's own grocery bags causes significant changes in food purchasing behavior. The researchers (Uma R. Karmarkar from Harvard University and Bryan Bollinger from Duke University) collected loyalty cardholder data from a single location of a major grocery chain in California between May 2005 and March 2007. They compared the same shoppers on trips for which they brought their own bags with trips for which they did not.

The researchers found that when shoppers brought their own bags, they were more likely to purchase organic foods. At the same time, bringing one's own bags also increased the likelihood that the shopper would purchase junk food.

"Grocery store shoppers who bring their own bags are more likely to purchase organic produce and other healthy food," noted Karmarkar. "But those same shoppers often feel virtuous, because they are acting in an environmentally responsible way. That feeling easily persuades them that, because they are being good to the environment, they should treat themselves to cookies or potato chips or some other product with lots of fat, salt, or sugar."

"In short, bringing your own bags changes the way you shop," adds Bollinger.