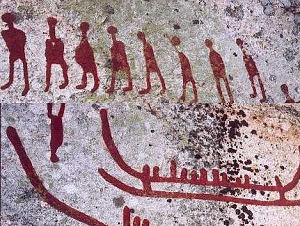 It is widely recognized among scientists that a major decrease in genetic diversity occurred approximately 50 thousand years ago when a subset of humans left Africa and migrated across the rest of the world. Signatures of this bottleneck appear in most genes of non-African populations. But the later male-only bottleneck hadn't previously been identified.

"Most surprisingly to us, we detected another, male-specific, bottleneck during a period of global growth. The signal for this bottleneck dates to a time period four to eight thousand years ago, when humans in different parts of the world had become sedentary farmers," explained researcher Toomas Kivisild, from the University of Cambridge.

After using computer and statistical modeling, they found the two extreme bottlenecks in human genetic history - the second found only in the male lineage. The researchers suggest that a concentration of wealth and power in some males may have played a stronger role in shaping recent human evolution than the traditional evolutionary imperative of survival of the fittest.

"Instead of 'survival of the fittest' in biological sense, the accumulation of wealth and power may have increased the reproductive success of a limited number of 'socially fit' males and their sons," said ASU's Melissa Wilson Sayres, one of the study's lead authors. 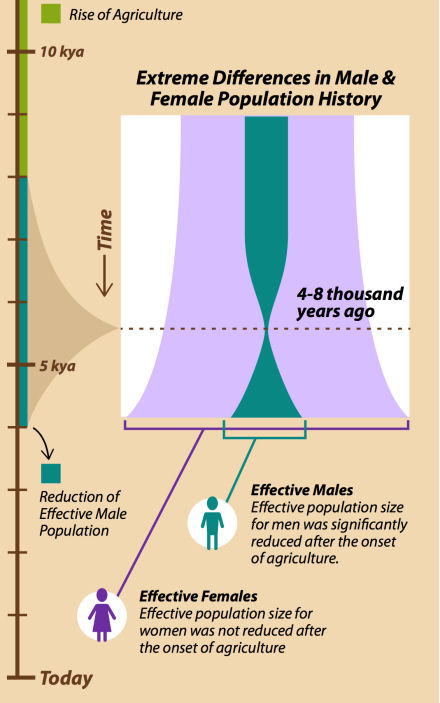 Having a high level of genetic diversity is beneficial to humans for several reasons. First, when the genes of individuals in a population vary greatly, the group has a greater chance of thriving and surviving - particularly against disease. It may also reduce the likelihood of passing along unfavorable genetic traits, which can weaken a species over time.

According to Monika Karmin, a co-author from University of Tartu, the findings may have implications related to human health. "We know that some populations are predisposed to certain types of genetic disorders," she explained. "Global population evolution is important to consider, especially as it relates to medicine."