You are here: Home › Health › Mental Health › News › Instead of raising self esteem, we’re raising a generation of narcissists
By Will Parker on March 9, 2015 in Mental Health, News 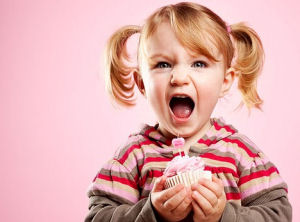 The results showed that parents who “overvalued” their children when the study began ended up with children who scored higher on tests of narcissism later on. Overvalued children were described by their parents as “more special than other children” and as kids who “deserve something extra in life.”

“Children believe it when their parents tell them that they are more special than others. That may not be good for them or for society,” said Brad Bushman, co-author of the study. Bushman conducted the study with lead author Eddie Brummelman, a postdoctoral researcher at the University of Amsterdam in the Netherlands.

Brummelman said that parents with the best of intentions may overvalue their children, thinking that will help boost their self-esteem. “Rather than raising self-esteem, overvaluing practices may inadvertently raise levels of narcissism,” Brummelman said.

Parental overvaluation of children was measured with a scale that asked moms and dads how much they agreed with statements such as “My child is a great example for other children to follow.” Both children and parents reported how much emotional warmth parents showed, with participants indicating how much they agreed with statements like “I let my child know I love him/her” (or “My father/mother lets me know he/she loves me”).

“People with high self-esteem think they’re as good as others, whereas narcissists think they’re better than others,” Bushman explained.

But the researchers noted that parental overvaluation is not the only cause of narcissism in children. Like other personality traits, it is partly the result of genetics and the temperamental traits of the children themselves. “Some children may be more likely than others to become narcissistic when their parents overvalue them,” Bushman said.

Brummelman added that the results suggested a practical way to help parents. “Parent training interventions can, for example, teach parents to express affection and appreciation toward children without telling children that they are superior to others or entitled to privileges,” he said. “Future studies should test whether this can work.”

Capitalism on the couch: psychoanalyzing the credit crisis