You are here: Home › Medicine › News › Study questions whether lab-grown cells are a faithful model for human disease
By Will Parker on February 4, 2015 in Medicine, News 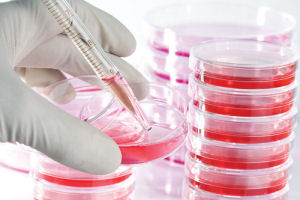 “We were astonished by the speed and spread of the changes. Many cultured cells used in research have been grown for decades and as a result are likely to have very different properties from the cells they are supposed to model. Our findings suggest that we have to be circumspect about the interpretation of some previous experiments, and our data reinforces a growing realization that cell line models of human diseases, particularly cancer, can be poor surrogates for many aspects of in-vivo biology,” said study author Richard Meehan from the MRC Human Genetics Unit.

“The mouse cells in culture experienced a rapid reprogramming of their epigenomes – a layer of chemical modifications that mark the genome to control how genes are expressed. This was indicated by a near-complete loss of one epigenetic mark, 5-hydroxymethylcytosine [5hmC], within three days over the whole genome,” explained Meehan.