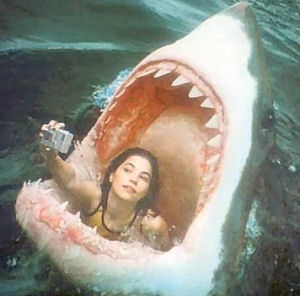 Rather than direct interaction with the software, Luo explained that his team's approach is to "quietly observe your behavior" while using either a phone or computer. He adds that the program is; "unobtrusive; it does not require the user to explicitly state what he or she is feeling, input any extra information, or wear any special gear."

The researchers are able to analyze the image data to extract a number of "clues," such as heart rate (by monitoring very small, subtle changes in the user's forehead color), blinking rate, eye pupil radius, and head movement rate. At the same time, the program also analyzed both what the users posted on Twitter, what they read, how fast they scrolled, their keystroke rate and their mouse click rate.

To calibrate the system, Luo and his colleagues enrolled a test group and; "sent them messages, real tweets, with sentiment to induce their emotion." This allowed the researchers to gauge how subjects reacted after seeing or reading material considered to be positive or negative.

Luo concedes that the program raises ethical concerns that need to be considered. Using this system means; "effectively giving this app permission to observe you constantly," but adds that the program is designed for the use of the user only and does not share data with anyone else unless otherwise designated by the user.