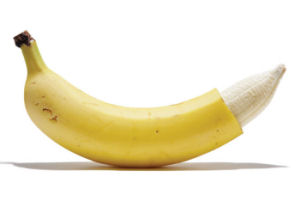 Research published in the Journal of the Royal Society of Medicine suggests that regardless of cultural background, circumcised boys may run a greater risk of developing autism spectrum disorder (ASD). The risk, according to the Danish researchers who conducted the study, is particularly high for infantile autism before the age of five. The study, involving more than 340,000 boys, was carried out in Denmark between 1994 and 2013 and almost 5,000 cases of ASD were diagnosed.

"Our investigation was prompted by the combination of recent animal findings linking a single painful injury to lifelong deficits in stress response and a study showing a strong, positive correlation between a country's neonatal male circumcision rate and its prevalence of ASD in boys," said Professor Morten Frisch of the Statens Serum Institut, who led the research.

Today it is considered unacceptable practice to circumcise boys without proper pain relief but none of the most common interventions used to reduce circumcision pain completely eliminates it and some boys will endure strongly painful circumcisions. Painful experiences in neonates have been shown in animal and human studies to be associated with long-term alterations in pain perception, a characteristic often encountered among children with ASD.

"Possible mechanisms linking early life pain and stress to an increased risk of neurodevelopmental, behavioural or psychological problems in later life remain incompletely conceptualized," said Professor Frisch. "Given the widespread practice of non-therapeutic circumcision in infancy and childhood around the world, our findings should prompt other researchers to examine the possibility that circumcision trauma in infancy or early childhood might carry an increased risk of serious neurodevelopmental and psychological consequences."

Source: Journal of the Royal Society of Medicine