You are here: Home › News › Space › Stunning photos of comet 67P at the end of Rosetta’s decade-long journey
By Will Parker on August 7, 2014 in News, Space 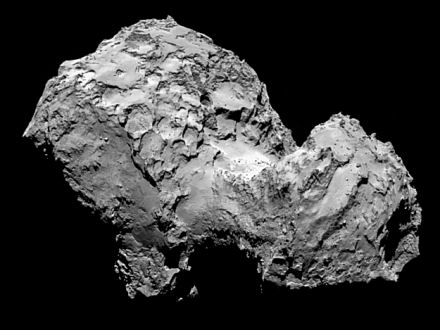 After a 10 year journey, the European Space Agency’s (ESA) Rosetta spacecraft has rendezvoused with the 2.5 mile-wide comet 67P/Churyumov-Gerasimenko in the region of space between Mars and Jupiter. Rushing towards the inner solar system at around 30,000 miles per hour, the strangely shaped comet is presenting Rosetta’s controllers with some enormous challenges in establishing an orbit where the spacecraft’s instrument package (named “Philae”) can be deployed to land on the comet.

Rosetta is now just 60 miles from the comet’s surface but it will gradually edge even closer. Over the next six weeks it will travel through two triangular-shaped trajectories in front of the comet, first at a distance of 60 miles and then at 30 miles. Eventually, Rosetta will attempt a near-circular orbit at about 20 miles. However, there are enormous challenges in establishing such an orbit.

Because of the comet’s strange shape and rotation, the gravitational pull from the comet is not constant, making a stable orbit extremely difficult to calculate. Secondly, the comet is outgassing (pictured below) as it gets closer to the Sun, which creates another force to factor into the already complex orbital calculations. And finally, the huge distances involved mean that commands from mission control take around 20 minutes to reach the spacecraft, making last-minute alterations or corrections impossible. 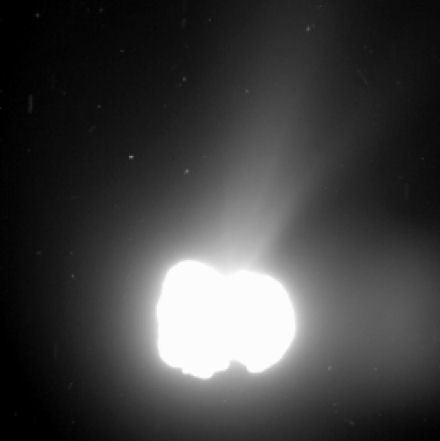 “Arriving at the comet is really only just the beginning of an even bigger adventure, with greater challenges still to come as we learn how to operate in this unchartered environment, start to orbit and, eventually, land,” said Sylvain Lodiot, ESA’s Rosetta spacecraft operations manager. As many as five possible landing sites for Philae will be identified by late August, before the primary site is finalized in mid-September and the landing is attempted in mid-November. 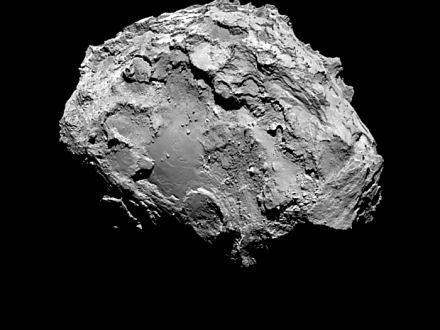 “Over the next few months, in addition to characterizing the comet nucleus and setting the bar for the rest of the mission, we will begin final preparations for another space history first: landing on a comet,” said Matt Taylor, ESA’s Rosetta project scientist. “After landing, Rosetta will continue to accompany the comet until its closest approach to the Sun in August 2015 and beyond, watching its behavior from close quarters to give us a unique insight and realtime experience of how a comet works as it hurtles around the Sun.”