You are here: Home › Medicine › News › Antihistamines may be next blockbuster anti-cancer drug
By Will Parker on July 1, 2014 in Medicine, News 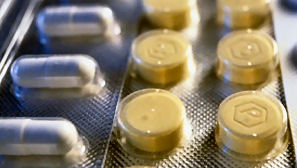 Scientists have established a connection between two diseases that aren’t commonly linked: allergy and cancer. The new research, published in the The Journal of Leukocyte Biology, shows that antihistamines appear to have “significant” anti-cancer properties. Specifically, antihistamines were found to interfere with the activity of myeloid derived suppressor cells, which are known to reduce the body’s ability to fight tumors.

“This research is very exciting,” said Conrad, “[but] it’s important to realize that this connection is very novel and more research is needed before we know if antihistamines can be used effectively in cancer therapies.”

“We still have much to learn about their potential benefits,” added John Wherry, Deputy Editor of the Journal of Leukocyte Biology. “It is certainly not yet time to prophylactically administer antihistamines for cancer prevention, but the more we learn about myeloid derived suppressor cells, the more interesting these cells and their products become as immunotherapy targets in cancer. These new results suggest that we must be open-minded about seemingly distantly related immune mechanisms.”